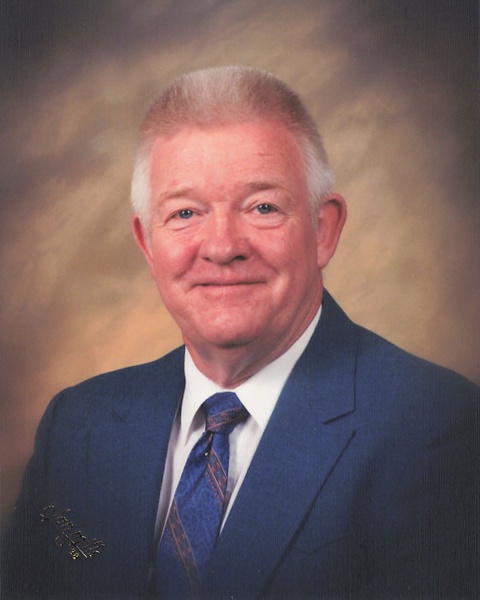 William “Bill” Alline, 84, of E. Plum Lane, passed away Thursday, August 4, 2022 at Lakeview Christian Home.  Cremation will take place. A rosary will be recited on at 9:30 AM, Wednesday, August 17, 2022 followed by Mass of Christian Burial at 10:00 AM at St. Edward Catholic Church with Fr. Hruday Kumar Pasala officiating.  Interment will follow in Carlsbad Cemetery.  Denton-Wood Funeral Home is in charge of the arrangements.

Bill was born June 26, 1938 in Bronx, New York to Henry and Eileen (Powers) Alline. He graduated from Regis High School in Bronx, New York.  Bill married Delores Szalasny May 2, 1964.  He served eight years in the US Navy Reserve.   Bill worked in the scrap steel business throughout his career, retiring with Glencore Ltd in 1997 as operating manager.  He continued as a consultant in the steel business during the early portion of his retirement.  He and Delores moved to Carlsbad in 1990 in order for Billy to live at CARC which is a unique treasure and blessing from God.  Bill was a member of St. Edward Catholic Church and long-time member of the Knights of Columbus.  He volunteered many hours with the Carlsbad Veteran Honor Guard.  Bill enjoyed making rosaries as well as teaching others jewelry making.  He was preceded in death by his parents; sisters: Eileen Palen and Lorraine Delauney.

Honorary pallbearers are the Knights of Columbus.

To order memorial trees or send flowers to the family in memory of William "Bill" Alline, please visit our flower store.
Send a Sympathy Card