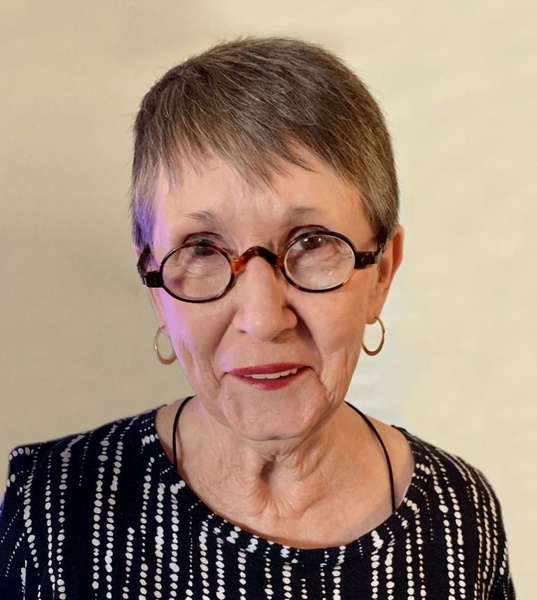 Shirley Judine “Judy” Sena, 78, of North La Huerta Circle, became an angel on Friday, May 28, 2021, after passing away peacefully surrounded by some of her closest family. While now she’s our guardian angel forever, she was one for many people throughout her life.

Judy was born in Los Angeles, CA to James Blanton and Dora Laverne Fox on September 4th, 1942. She always looked out for her three siblings – Jerry, Jimmy, and LaVida – and helped her parents care for several foster children. After graduating from high school where she played volleyball, basketball, and was a member of the Los Angeles Junior Symphony Orchestra, she moved to Carlsbad, NM and married Larry Barnhill. They had two daughters – LaDell and Terry – and began building their life together.
Unfortunately, Larry passed away after a few short years of marriage and Judy was left to support her family as a single mother. There is no one as selfless as Judy. Not only did she make sure her daughters had everything they needed, she took care of her entire family as well as her community. During this time she was also the primary caretaker for both sets of her grandparents (and eventually her own parents). She also worked at Lakeview Christian Home as a nurse’s aide, caring for elderly patients in the facility and in their homes. This was a trend that continued throughout her life, as she also took care of her 4 grandchildren and 6 great-grandchildren until the day she left us.
Judy had an unmatched work ethic. In addition to caring for family members and working a full-time job to support her daughters, she was a distributor for the Albuquerque Journal for 13 years and remodeled a house from the studs. She did this with her husband Bonnie “Ron” Sena, whom she married in 1971. Ron became a true father to LaDell and Terry and had a loving, gentle partnership with Judy until he passed in 1995.
Judy took pride in her home and enjoyed working hard to make it look nice. She loved nothing more than working outside in the yard. If she could have done that up to her last day, she would have, and we’d be out there with her.
True to form, even as Judy got older, she still found a way to help others. She offered to clean Landmark Baptist Church, where she was a member for over 10 years. She crocheted blankets and gave them to nursing home residents, firefighters, and others whenever she could. She never did much for herself – instead, she preferred to give back to her family, friends, and community.
Judy was so kind and generous that you wouldn’t expect her sharp wit and goofy sense of humor. She was a strong Christian who would also pass her grandkids notes in church to try to make them laugh. She loved to give her son-in-law a hard time and would take it in stride when he gave it right back to her. If Judy made a harmless joke at your expense, you knew she loved you.
We’ll think of Judy 100 times every day for many beautiful reasons, but she leaves us with three life lessons:
Care for others as you’d care for yourself.
Embrace hard work.
Don’t take life so seriously – face the hard times with a laugh and a morbid, slightly shocking sense of humor.
Preceding Judy in death are her parents, husbands, and her two brothers, Jerry Blanton and Jimmy Blanton.
Judy had a loving family that is grateful to have had so much time with her and will remember her daily. Her sister: LaVida Mize of Las Vegas, NV. Her daughters: LaDell Miller and husband Jim Regan of Rio Rancho, NM; Terry McGonagill and husband Steve of Carlsbad, NM. Her five grandchildren: Cassie Morales of Lubbock, Texas; Colby Miller and wife Michelle of Albuquerque, NM; Ryan McGonagill and partner Matt Clem of Lake Worth, Florida; Cody McGonagill and wife Haley of Fayetteville, North Carolina; Devonna Palmer and partner Adam Hart of Salt Lake City, Utah. Her six great-grandchildren: Kambreigh Miller, Katelyn De La Cruz, Kenzlie De La Cruz, Sophie De La Cruz, and Justice Duran of Lubbock, Texas; and Mackenzie Miller of Espanola, NM.
A memorial service will be held at Denton-Wood Funeral Home on June 2nd at 10 AM. Afterward, friends and family are welcome to gather for lunch at Steve and Terry’s house at 121 North La Huerta Circle in Carlsbad, NM. Please join us for a celebration of Judy’s life and newfound peace, and feel free to share a memory of a time she made you laugh.

To order memorial trees or send flowers to the family in memory of Shirley Judine "Judy" Sena, please visit our flower store.