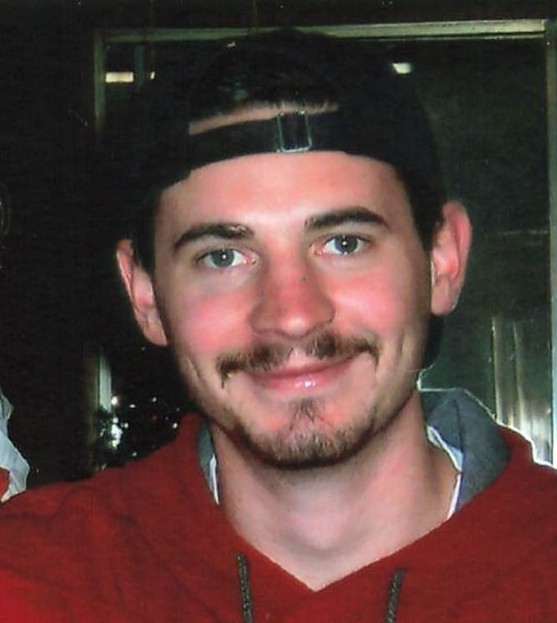 Ronson was born June 8, 1981 in Carlsbad, NM to Rodger and Vickie Cox (Sedgwick) and passed away December 12, 2019. Cremation has taken place. Denton-Wood Funeral Home has been assisting with final arrangements.

A graveside service is scheduled for 10 AM, Saturday, June 26, 2021 at the Carlsbad Cemetery Gazebo with Rev. David W. Rogers officiating.

Ronson grew up in Carlsbad enjoying life in a small town. He had many memories at his grandparents home playing football in the hay field, laser tag in the mesquites, and many other adventurous escapades with his brother, cousins, and Uncles. He played several different sports at an early age, but due to his competitiveness he excelled in soccer. He thrived many years playing soccer on The Rolling Thunder travel team under the direction of Wayne Clifton (his favorite coach). He later played for Carlsbad High School receiving the Sportsmanship Award in 1998 and graduated high school in 1999.

Ronson married his high school sweetheart Melissa Kelly in 2002. With Melissa by his side they ventured to Lubbock where Ronson attended Texas Tech University. Ronson and Melissa divorced early 2008 and he earned his Doctorate in Physical Therapy from Texas Tech University in August of that year. After graduating college, without knowing anyone, Ronson moved to San Francisco, CA. to pursue his career and make his transformation to her authentic self, Hailey.

She worked hard to develop her sense of self along with making many meaningful, lifelong friendships. In 2012, she met Amanda and both recognized the relationship was incredibly special and they married the following year. They built their home in the central coast 2 years later and began filling it with Tegan (fur baby) and eventually having a child of their own, Bran.

In 2018 Hailey began the fight of her life head on with bravery, grace, and grit. Even in the midst of struggling with a failing heart, Hailey was known to be genuine, authentic, kind, and above all, to love her family deeply. She often wrote of her appreciation of life in her gratitude journal. She fought health issues with great tenacity, defeating the odds time and again. Hailey had a strong desire to live a long and joyful life. Haileys journey ended on December 12, 2019 when she was overcome by failing kidney function while recovering from stem cell treatment for Amyloidosis.

Hailey loved sports, Texas Tech football/basketball, and the Kansas City Chiefs. She loved traveling, fitness, food, wine, family, and friends. However, she was most grateful for being Amandas wife and Brans mother. Our hearts are forever broken.

To order memorial trees or send flowers to the family in memory of Ronson O'Dale Cox, please visit our flower store.
Send a Sympathy Card