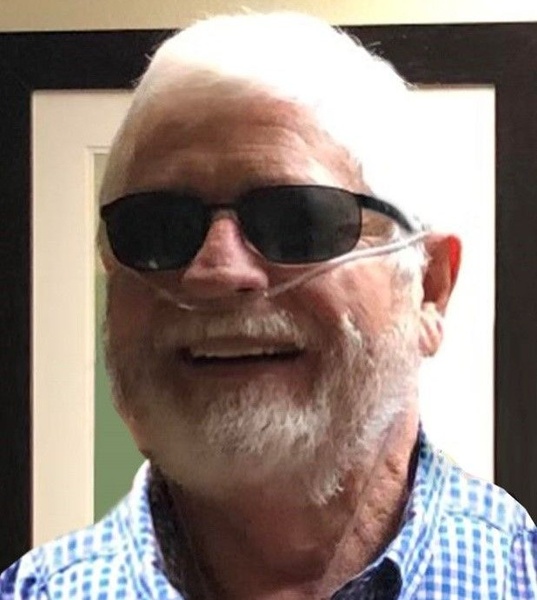 Rob was born in Pampa, TX, to the late Billy George and Leatrice Ann (Wills) Clements. His life was positively influenced and shaped by the presence of wonderful grandparents. During his life, he lived in Texas, Oklahoma and New Mexico.

Rob was a graduate of Eastern New Mexico University in Portales, with degrees in psychology and sociology. It was there that he met and married his wife, Diana Peterson, in 1983. After several years, they were blessed with the gift of twin girls, Crista and Mandy. Rob adored his daughters and spent as much time with them as possible, both at home and on their many family vacations.

He was both a member and Elder at the First Presbyterian Church of Carlsbad. Prior community affiliations include The Rotary Club of Carlsbad and the Carlsbad Elks Lodge. He also had memberships in several professional mental health organizations.

Rob devoted the majority of his forty-year career to counseling others. Although blindness took his eyesight, he was given the gifts of extraordinarily sensitive hearing, attentive listening skills and a compassionate heart to help make a difference in the lives of others.
One of Rob’s greatest passions was music. He loved playing the guitar and listening to all kinds of music, his favorite being the Blues. He also had a wonderful sense of humor and enjoyed sharing stories. Rob cared deeply for and treasured memories of his friends throughout his lifetime.

Survivors include his beloved wife of 38 years, Diana Clements, of Carlsbad; his cherished daughters and sons-in-law, Crista and Scott Goodale of Carlsbad, and Mandy and Jason Jackson of Albuquerque; and his loving mother-in-law, Gloria Peterson of Sun City, AZ.

Rob experienced the special joy and love that comes with being a grandfather to Colton Goodale and Maliya Jackson. Through the blessings of marriage, his circle of grandchildren had increased to include Abby and Emmy Goodale, Jaivon Jackson, Shelby and Parker Stephens, and a great-granddaughter, Sailor Stephens. While Rob had no siblings, he valued his special relationships with sisters-in-law and brothers-in-law in Arizona and New Mexico, along with numerous, beloved nieces and nephews. Last, but certainly not least, he leaves behind his faithful guide dog, Meade, who provided him with greater independence, companionship and unconditional love always.

Cremation has taken place through the services of Denton Wood Funeral Home, with a memorial service and interment to follow at a later date at the Carlsbad First Presbyterian Church Columbarium rose garden. For those interested in making a donation, you may wish to consider Mental Health America www.mhanational.org or Guide Dogs for the Blind www.guidedogs.com

To order memorial trees or send flowers to the family in memory of Robert "Rob" Clements, please visit our flower store.