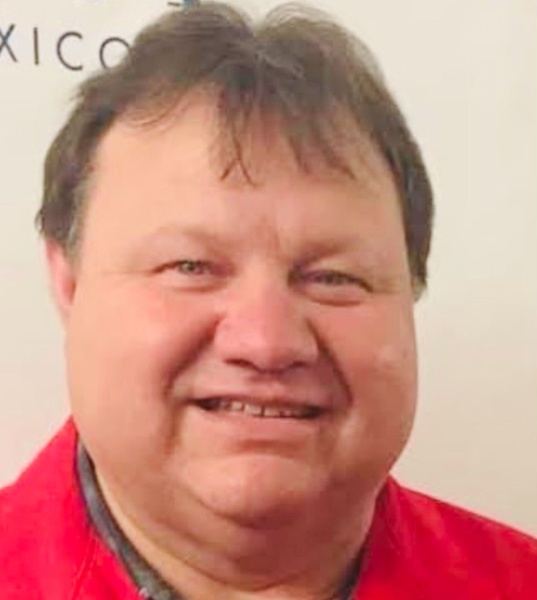 Richard Briones Granger, Jr., 52, passed away May 31, 2021. Funeral services are scheduled for 2 PM, Friday, June 11, 2021 at First United Methodist Church with Chaplain Mike Adams officiating. Interment will follow in Carlsbad Cemetery. Denton-Wood Funeral Home is in charge of the arrangements.
Richard was born August 20, 1968 in Carlsbad, NM to Richard and Loretta Kay (Briones) Granger. He graduated from Carlsbad High School in 1986. Richard worked with his dad at Carlsbad Quality Auto Body Shop since the age of 15. He owned and operated Elite Tae Kwon Do over 20 years and enjoyed teaching his many skills. Richard was a Master and holds a 5th Dan in Black Belt. He has taught auto body skills at Carlsbad High School for the last eleven years. Richard was a very kind man, always caring about others. He made every effort to make you feel like you could do anything if you put your mind to it. Richard enjoyed spending time with his family, loved cooking and enjoyed camping in the mountains. He was known for his big blue eyes and if you ever caught him in town, you would always be greeted with “Hey Boy” “Hey Girl”. Richard loved teaching regardless if it was at his dojay, teaching auto body skills at the high school or even teaching other workers at his father’s body shop. He won many awards for Best of Paint in car shows. Richard was always so excited to take his students to Kentucky to compete in auto body and help them get scholarships. He spent his life teaching and will continue as his students teach others. Richard had many different nicknames: Lil Richard, Baby, Gravy, Master Richard or Mr. Granger. His nickname is what clarifies what he was and what he meant to you in your life. We are going to miss him so very much. Richard was preceded in death by his mother, Loretta Briones Granger; grandparents: Manuel and JoAnn Briones, Charlie Granger and Carmen Magee.
Survivors are his wife, Marisa Robles Granger; sons, Richard A. Granger, III and Rafael Salcido Reyes, Ryan Scott Granger; daughter, Camila Granger; son Carlos Ordaz Robles; father, Richard L. Granger; sister, Kimberly Granger-Moreno and husband, Mark; special adopted brothers: Terry and Jerry Fields; nephew, Delmonico Granger-Moreno; niece, Kaliyah Amour Granger-Moreno and numerous aunts, uncles and cousins.
Pallbearers will be Terry Fields, Leo Bojorquez, Ralph Vasquez, Lupe Vasquez, Eddie Granger and Dick “Charles” Munoz. Honorary pallbearers will be his Tae Kwon Do Students.
Condolences may be expressed at dentonwood.com

To order memorial trees or send flowers to the family in memory of Richard Briones Granger, Jr., please visit our flower store.