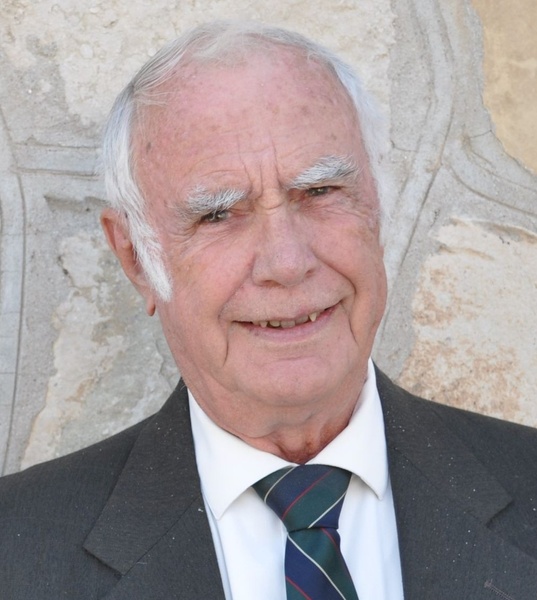 Longtime Carlsbad, NM resident Richard “Dick” E. Bennett, 86, of East Orchard Lane passed away on Friday, February 12, 2021, at his home with his family.

Cremation has taken place, and there will be no visitation. The family will have a funeral service at Immanuel Lutheran Church with Pastor Karl Wright officiating. The service will be livestreamed at 10AM, MST, Saturday, March 13, 2021. You may view the livestream by using the link below: link. Denton-Wood Funeral Home is in charge of arrangements.

Dick was born on Feb. 4, 1935, in Abilene to John McKinney Bennett Jr. and Ethel Rogers. He graduated from Stamford High School in 1953. He served in the U.S. Army and attended the University of North Texas in Denton. Richard worked in sales for Morton Salt and Dr. Pepper before spending most of his professional career as a metallurgical technician at the Kerr McGee potash mine until retirement. Dick married his loving wife, Juanita LaNelle (Nell) James Chapler on June 15, 1987, in Las Vegas, NV, thus combining their two families into one.

Dick was known for his love of golf, his barbecuing skills, attempts at creating new concoctions in the kitchen and his quick wit. He was a longtime member of the Immanuel Lutheran Church where he and his wife attended and supported for many years. He was a member of the Carlsbad Elks Lodge #1558 in Carlsbad. Dick will be dearly missed and never forgotten.

Memorial contributions can be made to Immanuel Lutheran Church, 901 N. Halagueno St., Carlsbad, NM 88220. Condolences may be expressed online at dentonwood.com.

To order memorial trees or send flowers to the family in memory of Richard "Dick" E. Bennett, please visit our flower store.