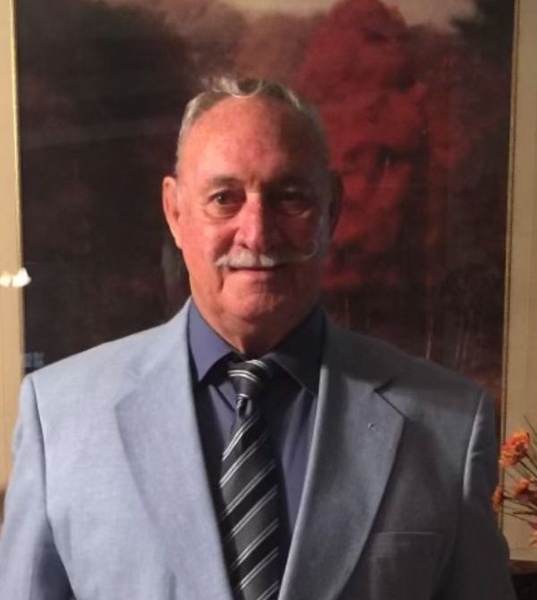 Services will be live-streamed and may be viewed by clicking the links below:

Rev. Arvon "Mac" McCarty, 79, of Carlsbad, NM joined his Lord in heaven while his beautiful wife of 58 years, Wanda L. McCarty and loved ones sat by his side on Sunday, April 10, 2022, in Carlsbad, NM. Arvon was loved by everyone that met him and he will be remembered for the unconditional love of God, his Country, and his Family. Arvon was born in Bandytown, WV on January 24, 1943. Arvon proudly served in the United States Marine Corps for 6 years.  Arvon met the love of his life Wanda Fannin on New Year’s Eve in 1963 in West Virginia. They married on April 4, 1964, in Van, WV. Arvon and Wanda moved to Carlsbad, NM in the summer of 1970 with their 2 oldest children Angie and Arvon II. After relocating to Carlsbad NM, they had 3 more children Tim, Dawn and Shawn. Arvon began his mining career in the coal mines of West Virginia and then began his potash mining career in 1971 after relocating to Carlsbad, NM where he retired in 2007 after 36 years. Arvon also owned his own paint and body shop from 1972 until 1991. After retiring, Arvon worked for Pastor Jimmy Tarvin's company, The Guardian, transporting deceased to their final resting place.

Arvon accepted Jesus Christ as his Lord and Savior at the age of 65. Arvon was a member of Standpipe Baptist Church. In 2011, Arvon and Wanda retired to Louisville, Kentucky until returning to Carlsbad, NM in 2017. Arvon was ordained as a Baptist Minister in 2015. He loved to share his talent of wood working by making crosses, hearts, tables, children’s rocking chairs, wishing wells, covered wagon lamps and jewelry boxes and would gift them to the community.  His final and most precious gift will be the gift of life by being an organ donor.  Arvon was always sharing the gospel and had led many people to know the Lord.

Arvon's favorite hobbies included: spending time with his family, reading his Bible, wood working, fishing, hunting, dirt track racing, watching NASCAR and dancing. His favorite hobby of all was dancing and singing "Hey Good Lookin" every morning to his beautiful, loving wife. Arvon had a contagious smile that could light up any room.

To order memorial trees or send flowers to the family in memory of Rev. Arvon "Mac" McCarty, please visit our flower store.