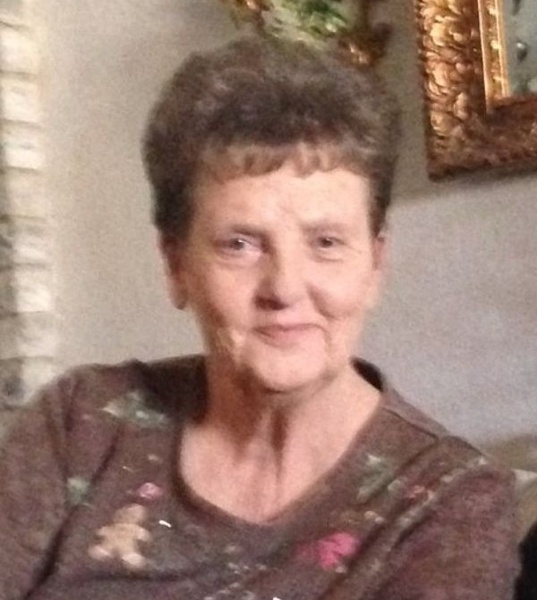 Retha Morrison Calhoun received her heavenly promotion on May 7, 2021. A time of remembrance and family visitation will be held at Denton-Wood Funeral Home on Monday, May 31, from 3:00 to 5:00 p.m. A memorial service will be held in her honor on Tuesday, June 1, 2021 at 10:00 a.m. at First Baptist Church, 112 N. Alameda St., Carlsbad, NM. The service will also be live streamed on First Baptist Carlsbad’s Facebook page. A private burial will be held at a later date.

Retha was born on September 30, 1941 in Carlsbad, NM to Bertha Ball and Charles Burton Morrison. She graduated from Carlsbad High School in 1959 and married the love of her life, Bob Calhoun, on May 31, 1959.
During her life and career, she was a dedicated mother and homemaker, owned a greeting service for newcomers in Farmington, served as a church secretary on two occasions, was a hospital chaplain, volunteered at the CARC Farm thrift shop, worked at J. C. Penney in Farmington and Carlsbad, was a volunteer hairdresser to the elderly at Lakeview, served as a customer service manager at Wal-Mart, and she and Bob regularly ministered to the homeless, widows, shut-ins and nursing home residents for many years in Carlsbad. She was a loving caregiver to one of her sisters, sister-in-law and brother-in-law at the end of their lives. She continued her parents’ legacy of gifts to the New Mexico Baptist Children’s Home in Portales, New Mexico, as well.
She enjoyed playing hymns on the piano, participating in the Red Hat Society, Christian Women’s Club, Bunco, Sunday School and other activities at First Baptist Church, Carlsbad. She loved spending time with her family and many friends, playing dominoes and “chicken” (dice), caring for her yard and flowers and helping anyone in need. She had a contagious smile and laugh and could easily “light up the room” when she entered. She was a magnet for children and well known for her faith, loyal friendship and love for all she knew.
She was preceded in death by her parents, by her husband, by five brothers: Sylvester Morrison, John Morrison, C. B. Morrison, Kenneth Morrison and Clarence “Moe” Morrison and three sisters: Dortha Wilkinson, Barbara Hesler and Nita Woods.
Retha is survived by her children: Teresa Anthony and husband, Clay (Lubbock, Texas), Russ Calhoun and wife, Renee, (Canyon, Texas), Brian Calhoun and Diana Berry (Chandler, Arizona); three grandchildren: Devin Calhoun and wife, Ashley, (Canyon, Texas), Shaela Calhoun (Australia) and Cole Calhoun (Chandler, Arizona); three great-grandchildren: Max, Ty and Gracie Calhoun (Canyon, Texas); two brothers: Asa Morrison and wife, Leah, (Pahrump, Nevada) and Glenn Morrison and wife, Mary (Grand Junction, Colorado); two sisters: Bertha Dougherty (Mt. Vernon, Washington) and Shari Morrison (Scottsdale, Arizona) and numerous nieces and nephews.
In lieu of flowers, the family suggests memorials to the New Mexico Baptist Children’s Home, 2200 S. Ave. I, Portales, NM 88130.

To order memorial trees or send flowers to the family in memory of Retha Morrison Calhoun, please visit our flower store.
Send a Sympathy Card