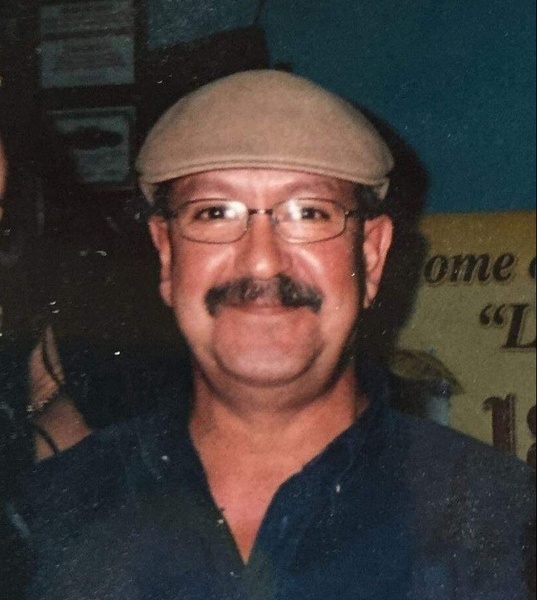 Over the years, Rudy has worked all over the Carlsbad area. He spent time at Rose Gravel, at American National selling life insurance, at the radio station Tejano Disc Jockey, at KATK Radio “Mil Watts De Ponteñcia”, for both Jenkins and Decor Furniture Stores, and all while bartending and being the right-hand man for his lifelong friend/sister Mama Lucy.

Rudy was well known for his passion for music. As early as 12 years old, he was a local drummer for numerous bands. The first band he joined was The Latin Liners, which he was included in their debut hit recording “cariño.” Pursuing his musical passion, he was also recognized in the well known local band E.S.O. Rudy’s musical journey continued also joining Los Illegales del Bravo an iconic Carlsbad band during the towns 80’s era. He also had a love for cooking and baking for his family. If you ever came over to his house for a visit, you always left with a full stomach. Rudy’s number one passion was his family. He never missed a holiday, birthday, or special event in the lives of his children and grandchildren. He will be deeply missed and never forgotten.

To order memorial trees or send flowers to the family in memory of Raul "Rudy" Munoz, please visit our flower store.
Send a Sympathy Card