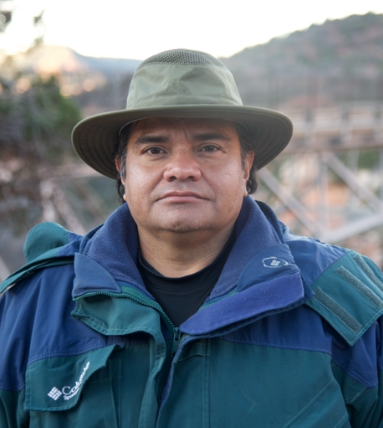 Randy left this world to be perfect peace with the Lord on Sunday, August 15th, 2021.

Cremation has taken place. Visitation will take place on Friday, August 27th, 2021, from 5 pm-7 pm at Denton-Wood Funeral Home. A memorial service honoring Randy’s life will be held on Saturday, August 28th, at 10 am at First United Methodist Church with Pastor Scott Meador officiating. Following the service, a fellowship gathering will be held at the Fellowship Hall of the Carlsbad First Assembly of God.

Randolph Alan “Randy” Trujillo was born in Carlsbad, NM, on January 17, 1966, to Edward “Woody” and Carmen Trujillo. Randy graduated from Carlsbad High School in 1984. While attending school, Randy participated in the sport of wrestling. He was an excellent wrestler and competed in many tournaments throughout his school years. Randy received many medals and trophies during his time as a Cavemen wrestler.

Shortly after graduating high school, he enlisted into the United States Army at the age of 17. He was a member of the 101st Air Borne Division. Randy was awarded several medals and certificates of achievement during his time in the military. He talked fondly about completing all phases of The Air Assault School, earning his Air Assault Badge, which he referred to as “ his wings.” After receiving an honorable discharge, Randy attended New Mexico State University in Las Cruces, where he earned a B.A. in Psychology. Using this degree, Randy helped many youth and adults as a caseworker. Randy was not only a scholar; he was industrious; he also worked as a miner for many years. He loved “doing it all,” a phrase he used often. Later in life, Randy decided to continue his education, which led him to become a Registered Nurse. Many would say his most significant achievements and pride in life are his children, Rainey & Stoney Trujillo.

Randy had a passionate love for music. He could often be found listening to music and playing the guitar. He enjoyed his “jam sessions” with his friends and family. It was never a rare sight to catch him playing the guitar while his brother Eric was on the drums.
Randy enjoyed many things in life and had a love for God and his grace. Randy was a caring, generous, and adventurous person. He loved a good laugh and joked often. He was an open book, willing to share life experiences and deep discussions with anyone. He will be remembered for his smile, wit, and his desire to see everyone around him do their very best.

Randy is preceded in death by his father, Edward “Woody” Trujillo; his mother, Carmen Alvarez; and his brother Eric Trujillo. He leaves many loved ones to cherish his memory, his precious children Rainey & Stoney Trujillo; his partner, Anna Vernicek; brother, Jeff Trujillo and wife, Lisa Trujillo; sister, Felicia (Trujillo) Bauldwin and husband, Gregory Bauldwin; nieces and nephews: Bon & Destiny Trujillo, Derrick Maestas, Carissa Bauldwin; and great-nieces: Tangie & Nicole. He is also survived by a host of extended family members and friends. Randy was very proud to be a “Trujillo,” a legacy he spoke of often with great pride.

To order memorial trees or send flowers to the family in memory of Randolph A. "Randy" Trujillo, please visit our flower store.