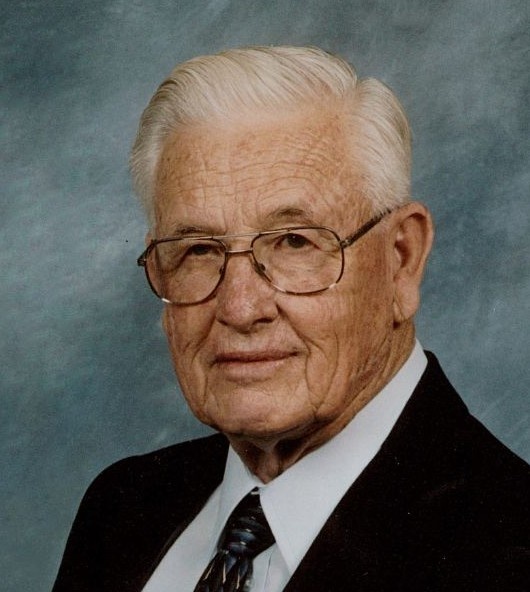 Services will be livestreamed and may be viewed by clicking the link below:

Pat Mitchell was born January 18, 1926 in McCaulley, TX to Charlie Marshall and Willie Lou (Sandlin) Mitchell. The family moved Lamesa, TX where he grew up and attended school to the 9th grade.
Pat enlisted in the United States Marine Corps/Reserve on October 13, 1943 at the age of 17. Pat became Rifle Marksman November 25, 1943 and soon became active duty. He served in the Pacific as a part of the Okinawa Operation from May 17, 1944 to September 22, 1945. Pat received an honorable discharge as Corporal from San Diego, CA March 4, 1946. He was proud to be a World War II Veteran and was a lifetime member of the VFW 8703 in Carlsbad, NM. Pat married Nettie Mae Taylor on January 19, 1947 in Lamesa, TX. They moved to Carlsbad, NM in 1948. Pat worked at IMCC Potash Mine where he was a warehouse man and purchaser, retiring in 1986 after 37 ½ years of service.
Pat was an accomplished musician. He was a long-time member of the New Mexico/Texas Old Time Fiddlers Association. Pat taught fiddle and guitar lessons for many years. He loved playing with the “Lakeview Musicians” every Friday.
Pat was preceded in death by his parents; wife parents; wife, Nettie Mae Mitchell; infant daughter, Annette Mitchell; son, Randy Keith Mitchell; 4 brothers and 5 sisters.
Survivors are his daughter, Reba Faye Mitchell; special friend, Barbra Robertson; sister-in-law, Dorothy Mitchell; nephew, Bill Mitchell; great nephews, Tobyn and Vince McNew and families; adopted son, Kent Carter; Tommy and Brenda Cooper along with their kids: T.J., Annette and Andy and numerous nieces and nephews.
Condolences may be expressed at dentonwood.com.

To order memorial trees or send flowers to the family in memory of Pat Mitchell, please visit our flower store.