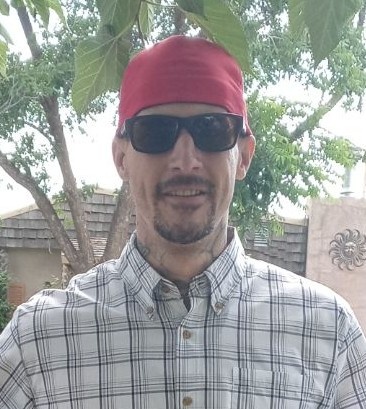 Cremation has taken place, and a memorial service is scheduled for 2:00 PM Thursday, February 10, 2022. This service will take place at the Carlsbad Bible Church, and will be led by Pastor Owen Lofton. Denton-Wood Funeral Home is in charge of making arrangements.

Growing up, Matthew was a member of the Loving Baptist Youth Group and regularly attended worship services with his friends. Matt also became proficient in Taekwondo, was a skilled artist, and enjoyed skateboarding. Matt was the father of three beautiful children, which were the center of his life, and he loved them dearly. Matt was also very close to his two nephews: Kyler and Jason. He was inseparable from his four-legged friend, Ewok.

If you want to do something in memory of Matthew that will last longer than flowers, please join the DeYonge family in placing memorial Bibles through The Gideons International (www.sendtheword.org).

To order memorial trees or send flowers to the family in memory of Matthew (Matt) DeYonge, please visit our flower store.
Send a Sympathy Card