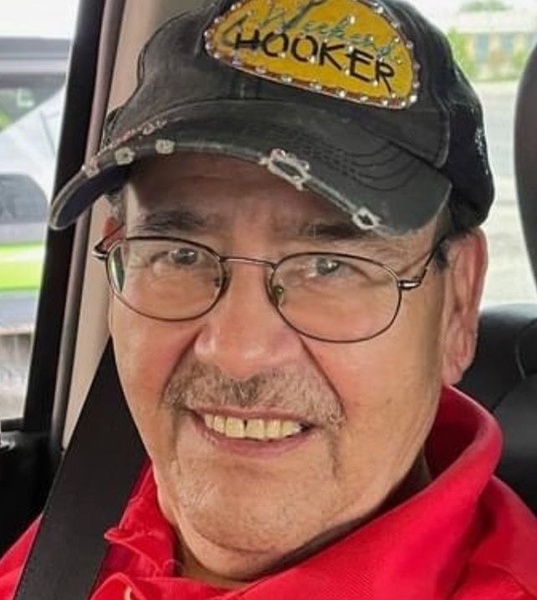 Louie G. Salmon, more commonly known as Uncle Louie or Tata, joined his Lord and savior on February 19, 2022 in Rio Rancho, New Mexico.  Louie was born August 24, 1947 in Malaga, New Mexico to Espitacion and Maria Jesusita “Garcia” Salmon. His father worked the border farmland of Le Vado De Pierda and Presidio, Texas. In 1950, the Salmon family lived in various communities in the South Eastern tip of New Mexico: Artesia, Lake Arthur and CottonWood, until they eventually settled in Loving, New Mexico. After losing his mother at the age of 12, he was raised by his father and late sister Viviana Ornelas, and his sister-in-law Mayo Salmon.

Louie began his life as the youngest of many siblings, and he grew into so much more. He loved to play the drums and guitar, sharing stories with his family, and filling the room with so much light.

On June 8, 1968 he married the one and only woman for him, Helen Quintela Salmon on a sunny summer day. Louie and his wife raised the three miracles gifted by the grace of God, Louis Jr., Gina, and Mandy. He loved going on fishing trips with his children, coaching baseball and softball. When he wasn’t with his children and family, he found his passion for meat cutting working at Safeway, Furr’s, and eventually making his way to La Tienda, to join the last of a dying breed, the original meat cutters of Carlsbad, New Mexico. He was well known for being the go-to-man for any meat need for your family cook-out, Super Bowl, or birthday party. The humblest man, to ask you about your day, but also make sure you went home to your family with the best there was. There were no strangers, only a few short moments before they became his friend.

He first started listening to the Cowboys on his home radio, until he became be biggest Cowboys fan. Any year was their year in his eyes, and that was good enough for him. His joy was finally being able to watch his Cowboys play at their home stadium in November 2017 and November of 2021, win or lose. Whether he was sitting at home watching Family Feud, Andy Griffith, sports, or out on the town running for mayor, he was always the life of the room.

It is impossible to put a lifetime of memories, joy and learning in a few short paragraphs. To know a man like Louie, is to know true sacrifice, friendship and family man like no one has ever known. We rejoice in the moments we have but are humbled by the family he greets at the gates.

Our family has been overwhelmed with an outpouring of love following the unexpected death of our beloved father. Many of you have asked how you can help our family during this difficult time. One way you can help is to continue to pray for peace for our mother and the rest of the family. In addition, if you wish to make a monetary contribution, we ask that you contribute to the funeral fund at Western Commerce Bank.

To order memorial trees or send flowers to the family in memory of Louie G. Salmon, please visit our flower store.
Send a Sympathy Card