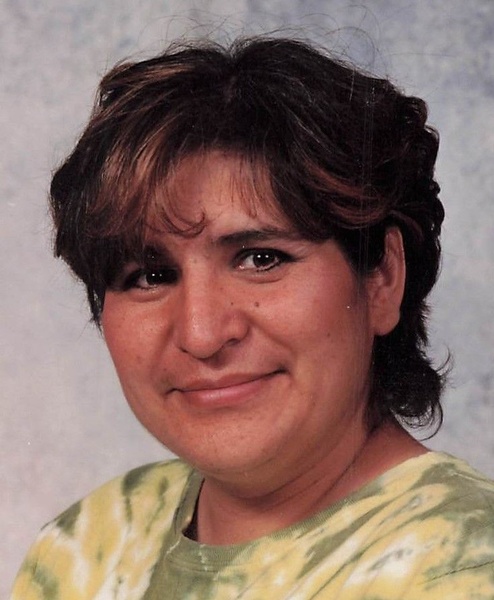 Julie Ann Perez (Tiller), 55, of Carlsbad, New Mexico, passed away peacefully in her home Thursday June 17, 2021. Julie was born September 30, 1965, in Silver City, New Mexico, to Florinda and later adopted by Lucio Perez. She graduated in 1983 from Carlsbad High School and then attended NMSU-Carlsbad, where she served as President of Associated Students. After earning a Bachelor of Science in Education in 2006, Julie worked for Jefferson Montessori Academy, before becoming ill. She lived in Albuquerque, New Mexico and Nome and Whales, Alaska and she was an active volunteer at the Carlsbad Senior Citizens Center and a member of the Church of Jesus Christ of Latter-Day Saints. In life, Julie was known to be outgoing, adventurous, generous, creative, and reliable. She was an avid and talented artist and crafter who enjoyed life to its fullest through many creative projects, including being a rockhound and partaking in lapidary work, woodworking, painting and, of course, crocheting. Many of her creations are cherished by close friends and family. Julie is survived by her children Christopher Schuerch of Idaho Falls, Idaho and Samantha Cooper (Perez) of Carlsbad, New Mexico; parents Florinda and Lucio Perez of Carlsbad, New Mexico; grandson Riley Cooper of Carlsbad, New Mexico; brother Tom Chavez of College Station, Texas; sister Katheleen Graziano of Carlsbad, New Mexico and Kristina Lara of Carlsbad, New Mexico. She was preceded in death by a brother, Nicholas Chavez of Carlsbad, New Mexico. At Julie’s request, there will be no memorial service. Her ashes will be spread at a location where she and her children hunted for Pecos diamonds.

To order memorial trees or send flowers to the family in memory of Julie Ann Perez (Tiller), please visit our flower store.