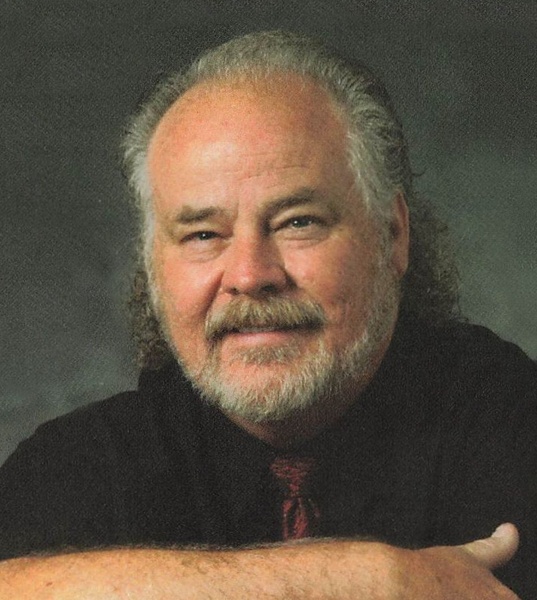 John was born November 23, 1948 in Carlsbad, NM to John Denton and Mildred (Daughity) Burke. He attended Puckett, Alta Vista, Mid-High and Carlsbad High School, being heavily involved in sports as well as music and theater, before graduating in 1966. He, Wesley Willis and others explored caves all over the area. His love of caving started early and remained all his life. John earned an English degree from Eastern New Mexico University in August of 1970. While at ENMU, John focused mainly on choir, training under Dr. George Umberson and Ron Griffith. He starred in many operas and musicals and traveled the world with one of the most talented choirs in ENMU history to many competitions and USO tours. His talent for musicals also gained him another boon, as he convinced Elizabeth Sue Anderson to start dating him while on the set of the musical Oklahoma. After graduation, he served in the Peace Corp for a time before returning early to Carlsbad as he could not stand to be apart from her. They were married June 12, 1971 in Albuquerque. “Liz,” as he always called her, was the love of his life and their love story spans more than 50 years.

They moved to Loving where they both taught in the Loving Schools. John taught English, as well as coaching football and track, for four years before transferring to Carlsbad Mid-High. Early in 1972, John accepted Jesus as his personal savior and gave his life to the Lord, thus breaking the generational curse on his family and leading to the ultimate salvation of his parents, siblings and most of his extended family. God took him like he was and changed the trajectory of his entire life. This is clear, as after only one year teaching at the mid-high, John felt called into full-time ministry as an evangelist. His amazing voice and charismatic spirit drew others to the Lord, and he travelled all over the nation, and internationally, spreading the gospel and sharing Jesus. He was a popular soloist for Full Gospel Business Men’s Fellowship International, ministering in more than 300 chapters. After 13 years as an evangelist, the Lord added the mantles of “Pastor” and “Shepherd” to his shoulders. He served as Senior Pastor of Grace Outreach Center beginning in 1989, as a staff pastor at Oasis Christian Fellowship beginning in 1999, and finally as Senior Pastor of New Song Christian Fellowship from 2006 until the Lord called him home last week.

While pastoring, John continued to receive calls to minister around the globe. He served as a soloist for many years at the Feast of Tabernacles Celebration held by the International Christian Embassy in Jerusalem, Israel, singing for several Israeli Prime Ministers. He travelled all over the United States as well as to South Africa, Canada, Mexico, Brazil, England, Scotland, Ireland and more. He showed Jesus to Protestants and Catholics, old and young, rich and poor, world leaders and farmers, business giants and day laborers. Through John, the Holy Spirit wrought healing and miracles, and thousands upon thousands came to love Jesus as their personal savior. As a pastor, John taught people to have a firm foundation in the Lord, to seek the gifts of the Holy Spirit in their lives, and to never stop growing spiritually. He taught the Word and nothing else. He never shied away from teaching difficult messages in the pulpit or giving hard words in his huge counseling ministry. His willingness to speak truth in love allowed the Lord to save countless marriages, bring people from the brink of suicide, restore relationships, recover from abuse, and overcome the traumas of their past and present.

During his life, John enjoyed many interests. He loved caving, hunting and camping. In fact, he served as a cave specialist for the forest service for a time. He loved guns and knives. He starred in many musicals for the Carlsbad Community Theater as well as in local church productions. He worked in sound and video production, even doing sound for several motion pictures. He loved off-road motorcycles and conquering tough trails and roads in whatever vehicle could handle it. His dramatic tenor voice led him to cut several records during his career, furthering his ministry even more, and music continued to be a part of his daily life. He never stopped learning new things, and loved reading. He consumed two to three books per week. He enjoyed reading and learning about many subjects: physics, the human psyche, science fiction, fantasy, near death experience, and especially growing in knowledge of his Lord. John never could pass up a good crossword puzzle, either – always doing them in ink!

In 1980, John and Liz were blessed with their son, John Wesley Burke. John excelled in his new role as father, and many years of his evangelism included travel with Liz and their young child. Later, their son showed interest in music and ministry as well, and John took great pride in ministering together with his son over his long career. Their close-knit family would often participate together in productions, ministry, travel, vacations, and shared interests. Their love for each other and for the Lord is unconditional, and John would insist that we invite each of you to know the unconditional love of Jesus as well.

John was preceded in death by his parents and one niece. Survivors are his wife, Elizabeth “Liz” Burke; son, John Wesley Burke; brother, Edgar D. Burke and wife, Marilyn; sister, Patricia Ann Burke Bentley and husband, Glenn; sisters-in-law: Lois Johnson and husband, Don and Lorena Jean Anderson; numerous nieces and nephews; and Wesley Willis (his close childhood friend of more than 65 years) – as well as his precious puppies Azure (“Azzy”) and Maili (“Moose”). He also leaves behind so many men and women who saw him as a father, mentor, friend and shepherd. Should friends desire to make memorial contributions, they may be made to New Song Christian Fellowship, 1105 N Pate St., Carlsbad, NM 88220.

To order memorial trees or send flowers to the family in memory of John A. Burke, please visit our flower store.