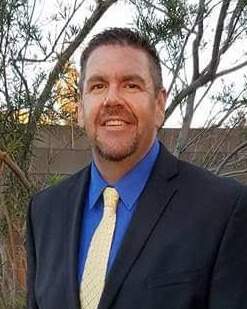 Jason Robert Holman, 48, went home to be with the Lord on August 29th, 2022. Jason was born in Carlsbad, New Mexico on September the 14th, 1973 to Twila Medina and Robert "Bobby" Holman. He spent most of his younger years in Carlsbad attending Carlsbad Public Schools and graduating from Carlsbad Senior High in 1992. He went on to attend ENMU at Carlsbad obtaining his E.M.T Certification. He then attended truck driving school in Phoenix, Arizona where he received his CDL license and became a long haul truck driver. He traveled all over the United States, seeing all there was to see. After moving several times throughout his life, living in Clovis New Mexico, Yorba Linda California, Rio Rancho, New Mexico and Albuquerque, New Mexico he returned to the city of his birth a few months ago.

He was survived by his son Kevin Holman, 26, of Davenport Florida, whom he was so proud of, an adopted son Ethan Molinar of Albuquerque, New Mexico, his mother Twila Medina and his stepfather Louie Medina of Davenport Florida, two half Brothers Leslie and Wesley Holman of Carlsbad, plus Uncles, Aunt's and cousins of Keller Texas and Carlsbad, New Mexico. He was preceded in death by his grandmother Laverne Elliott, his great-grandparents JD and Nell Alexander and his father Robert "Bobby" Holman.

A celebration of life will be held on Thursday, September the 8th, at 2:00 p.m., at the Cross Church international, 1109 Fox Street, in Carlsbad New Mexico. All family and friends are welcome to come and celebrate his life with us. His quick wit and his ability to make us laugh will be missed. Cremation will follow. In lieu of flowers a donation in his name can be made to a charity of your choice that supports Mental Health Awareness and Suicide Prevention.

To order memorial trees or send flowers to the family in memory of Jason Holman, please visit our flower store.