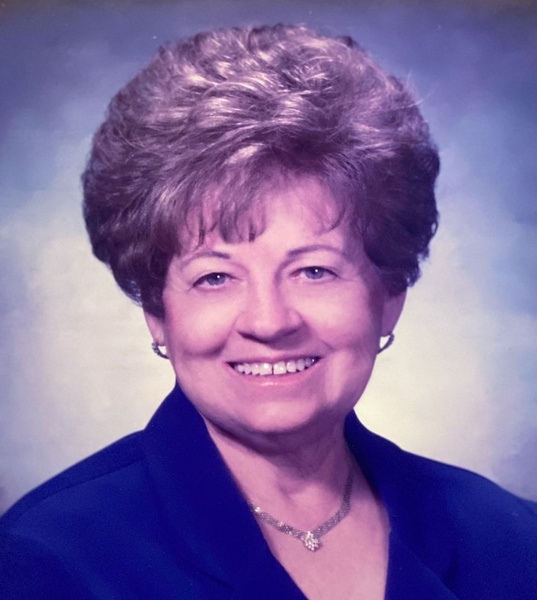 Janell E. Whitlock, 83, passed away peacefully in her home on July 29, 2021 after a very brief battle with cancer. She was born on May 4, 1938 in Yell County, Arkansas and moved to Carlsbad in 1957 – a place she loved and called home for the remainder of her life.
Visitation will be 4:00 PM – 6:00 PM, Sunday, August 1, 2021 at Denton-Wood Funeral Home. Funeral services are scheduled for 10:00 AM, Monday, August 2, 2021 at First United Methodist Church with Dr. Rev. Scott Meador officiating. Interment will follow in Carlsbad Cemetery, Carlsbad, NM.
Judge, City Councilor, County Commissioner, Retiree Advocate and Humanitarian - while Janell’s list of professional accomplishments rivals that of any other individual in the state - her biggest legacy of all is in the sincere personal connection she established with every single person around her. People blessed to work with Janell Whitlock became better versions of themselves.
Janell was a compassionate individual who cared deeply for those around her and for the entire community – and she devoted her considerable problem-solving skills toward making the world around her a better place.
Janell was born to Troy and Vera Estelle (Mathis) English. Even at a young age, Janell was a success at everything she did. She was her high school valedictorian and an outstanding basketball point guard. She once scored 44 points in a single game.
For many years, Janell and her husband, the late Louis M. Whitlock, were Carlsbad’s biggest community cheerleaders. They were also each other’s best friends. Janell and Louis hosted Governor Bruce King for hot dogs when he came through town. They shared five daughters and taught all of them to water ski. She took her hair very seriously and went to the beauty shop twice a week. She loved junk food and hated drinking water.
Janell worked a number of careers prior to beginning her tenure in city court in 1983. She served as Chief Court Clerk and then later as Municipal Judge, where she had a reputation for being tough but fair. Janell served a four-year term on the Eddy County Commission and then an eight-year term on Carlsbad City Council. As an elected official, she was known for doing her homework and coming to every meeting well prepared.
Most recently, Janell has been serving as the Director of Retirement for the Carlsbad Chamber of Commerce, a position that was later renamed the Age Friendly Director. Under her watch, Carlsbad became New Mexico’s first Age Friendly Community. She took a personal approach to welcoming retirees to Carlsbad – often taking newcomers out for meals and sitting with them at community events to help them feel welcome.
Co-workers described what they called “the Janell Factor,” her nearly supernatural ability to befriend anyone and work out any problem. The “Janell Whitlock Lifetime Achievement Award” was established this year, with Janell being the first recipient.
Janell was preceded in death by her twin sister, Jeanette English; parents: Troy and Vera English; husband, Louis M. Whitlock and grandson, Todd.
Survivors are her daughters: Debbie Brininstool and husband, Allen, Cindy Sharif and husband, Farok, Paula Autry and husband, Floyd, Katy Wiechert and husband, Kent and Jo Scheel and husband, Happy; grandchildren: Andrew, Allison, Ariana, Troy, David, Lana, Tim, Lisa, Lori, Ryan, Amy and Misti; numerous great-grandchildren and great-great-grandchildren; brothers, Rev. Thomas English and wife, Lil and Col. Don English and wife, Jane. Her beloved dog, Beaux, her constant companion who was always so glad to see her, has now been adopted by her great friend and neighbor, Becky Thompson.
The family wishes to express their deep and sincere gratitude to the hospital staff who lovingly and professionally cared for her, as well as our respect, admiration, and heartfelt thanks to the staff at TLC, particularly Shay, and the home health care providers, Shannon, Rosemary, and Dolores, who contributed to the peaceful passing of our mother.
Should friends desire, memorial contributions may be made to the Carlsbad Community Foundation, Louis Whitlock Scholarship Fund (fcsuite.com), 114 S. Canyon Street, Carlsbad, NM 88220

To order memorial trees or send flowers to the family in memory of Janell Whitlock, please visit our flower store.
Send a Sympathy Card