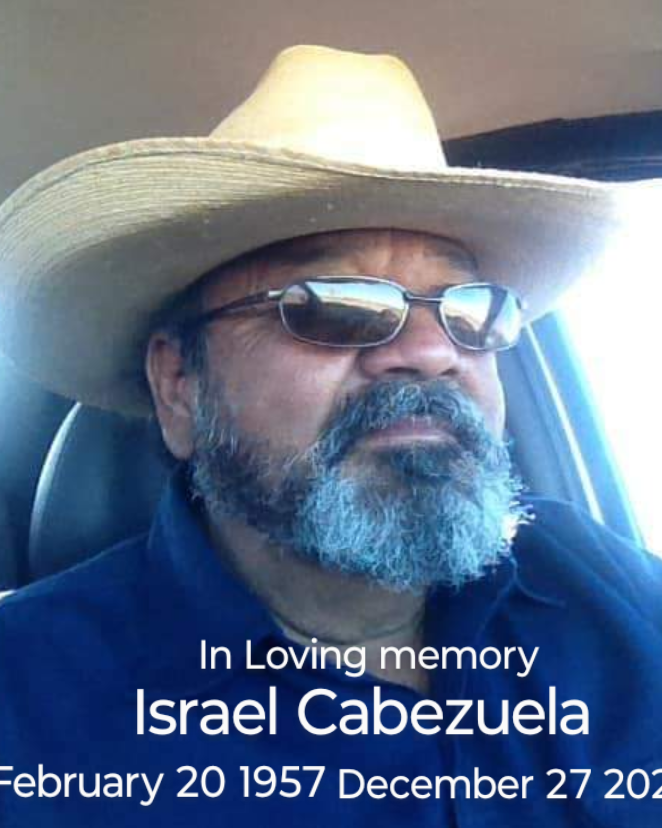 Israel P. Cabezuela was a caring husband, father, grandfather, brother and friend.  He left this world on December 27, 2022 at the age of 65.  He was born to Moises and Genoveva Cabezuela on February 20, 1957 in Saragosa, Texas.

To order memorial trees or send flowers to the family in memory of Israel P. Cabezuela, please visit our flower store.