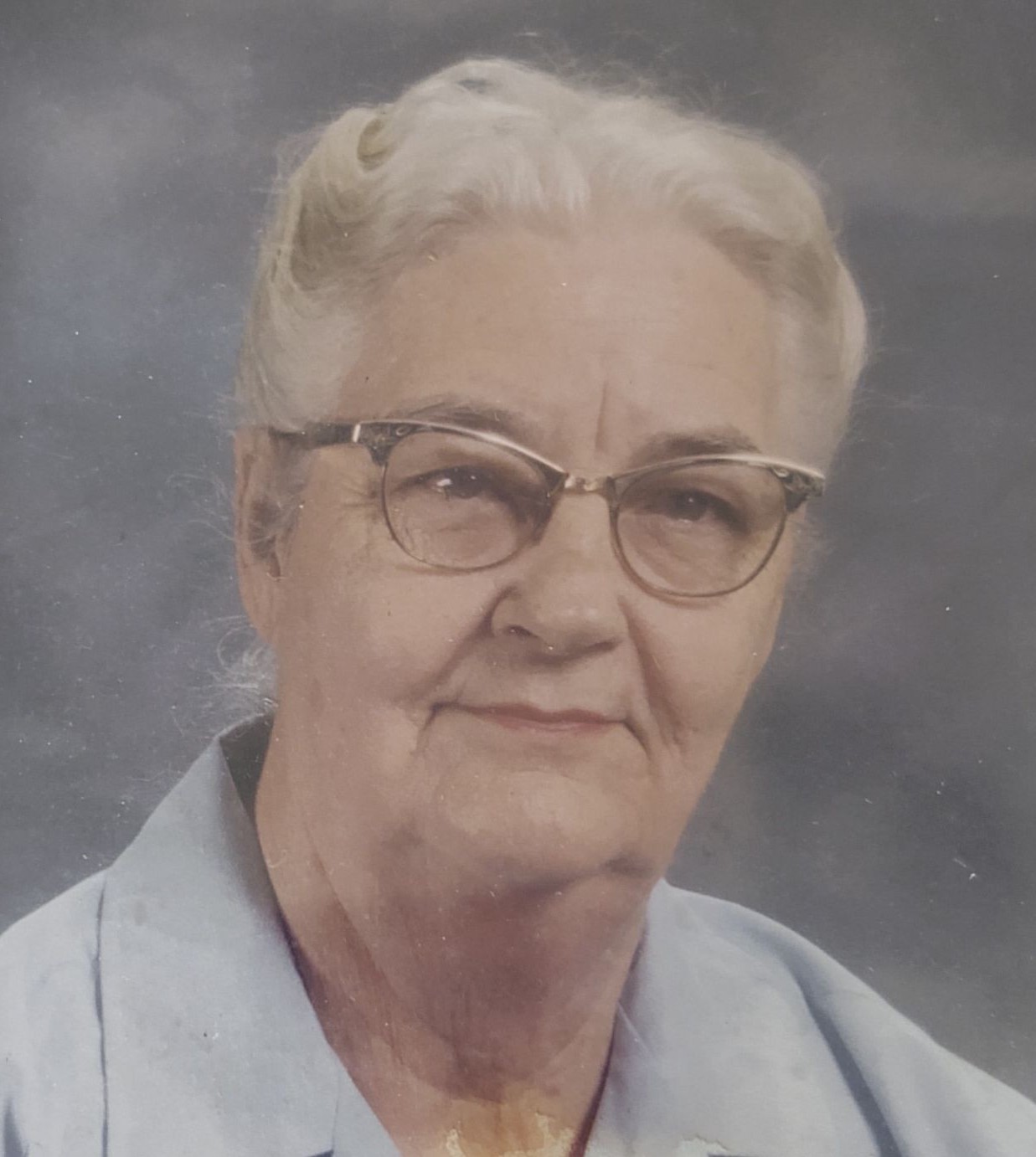 Isabell G (Armstrong) McKinney was born on April 18,1924 in Pontotock County Oklahoma to Edward Whitney Armstrong and Dorotha S (Sparks) Armstrong. When Isabell was two years old her mother passed away and her father moved Isabell and her two older sisters Alfreda Armstrong (Noethe) and Ann J Armstrong (Sullenger) to live in Boise City, Cimmaron County Oklahoma.
Isabell met James Tomy McKinney in Boise City and married him on August 21, 1942.
Isabell lived in several cities while Tomy served in the Army during World War II, including Boise City, Clayton, NM., Santa Fe, NM., and Albuquerque, NM. When Tomy returned from the war the couple moved frequently for Tomy’s construction work before moving to Carlsbad, NM in the late 1950’s.
The couple started their own construction company, Star Equipment Rental, which specialized primarily in excavation and road/pad construction for the potash mines and the oil industry. It also was involved as a primary contractor on the Gnome Site project, the underground nuclear bomb testing site and completed the Happy Valley Irrigation Pipeline project.
After Tomy passed away in 1992 Isabell found herself with time on her hands and went to work for the Carlsbad Municipal School system in food services as a cafeteria lady working for 20 years at several schools including Eddy, Puckett, Emitt Smith, Riverside, and Craft.
While in Carlsbad they raised their sons James E (Kayo) McKinney and Stacy A (SAM) McKinney while being involved in many areas of the community. Isabell was involved in the Thunderbird Indian Dancers Boy Scout Troop where she was the primary admission person, served as 4H club leader (Freewheelers Club), Cub Scout Den Mother (Eddy Elementary), was a founding member of the Carlsbad FFA Alumni Chapter and a longtime supporter of the Eddy County Sheriffs posse and the AJRA rodeo where she rarely missed a performance from box seats for many years. Isabell was a proud member of the Eastern Stars of Oklahoma, currently at the Guymon Oklahoma Chapter #419 location for 83 years until her passing.
She was an active outdoors/hunting/fishing enthusiast. She hunted dove, quail, rabbit, antelope, bear and especially mule deer. She also loved rural life raising her chickens and was also active in the American Dairy Association (ADGA) raising and showing several Champion and Permanent Grand Champion Saanen Dairy Goats.
Isabell loved her immediate family as well as her extended family of friends. She was preceded in death by her parents, her husband and both of her sisters.
She is survived by both her sons, James “Kayo” McKinney and spouse Debbie McKinney, Stacy Alan “SAM” McKinney, and partner Daniel Bollman, two granddaughters Teresa D McKinney and Katherine G McKinney (Hedrick) and a spouse Lucas Hedrick, six grandchildren, three great great grand children with two more on the way.
Per her wishes, cremation has taken place and no services are planned. In lieu of flowers Isabell requested donations in her memory go to Eastern Stars of Oklahoma (Guymon Chapter #419 Helen Guymon Chapter #419 Helen Robbins Sec., 218 Perkins, Guymon, OK 73942) and/or to the Shriners Hospital in Salt Lake City (shrinershospitalsforchildren.org)

To order memorial trees or send flowers to the family in memory of Isabell G. McKinney, please visit our flower store.
Send a Sympathy Card