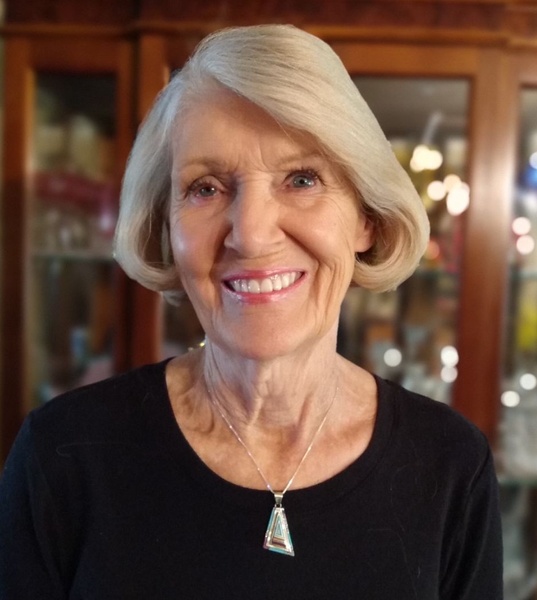 Hedi A. Stockwell, 82, of Carlsbad, passed away on Friday, January 21, 2022 in Carlsbad. At her request, cremation has taken place. There will be no visitation and a graveside service will be conducted at a later date. Denton-Wood Funeral Home is in charge of the arrangements.

Hedi A. Stockwell was born July 21, 1939 to Charles Arthur and Hedwig Mary McGovern in New Castle, PA. She was co-owner of a laundry and dry cleaning establishment in Lubbock, TX, and at the same time she was a model for Hemphill-Wells Department Store in Lubbock. She was in the retail business in Golden, CO, and co-owner of the Carlsbad Sports Supply in Carlsbad. She also worked as a volunteer with the Cat’s Meow, volunteered in the History Room of the Carlsbad Museum and Art Center and was a member of the Southeastern New Mexico Historical Society. Her main occupation was housewife, mother, grandmother and great-grandmother. She was preceded in death by her parents and one grandson, Caleb Stockwell.
The most important thing in Hedi’s life was her family, and making sure they were taken care of. She was always busy in the kitchen, making our favorite meals or desserts. She had unending compassion and concern for her friends and family, always putting others first and praying for all she knew. She was beautiful on the inside and out, and will be dearly missed.
Survivors include husband, Bob Stockwell of Carlsbad; son, Robert Stockwell, Jr. of Cisco, TX; daughter, Terri Richards and husband, Steve of Carlsbad; son, Tom Tipps and wife, Cyndy of Albuquerque, NM; sister, Kate Weiser and husband, David of Lafayette, CO; and brothers: Bob McGovern and wife, Nancy of Los Osos, CA, Tom McGovern and wife, Maribel of Roseville, CA, Roger McGovern and wife, Miriam of Rogers, AR, and Dick McGovern and wife, Peggy of Indianapolis, IN. Also five grandchildren: Chance Stockwell, Derick Richards, Casey Richards, and Shaun Richards, all of Carlsbad, and Stephanie Contreras of Albuquerque and seven great-grandchildren.
Memorial contributions may be made to the Museum Amigos Demand Fund, c/o Carlsbad Community Foundation, 114 S. Canyon Street, Carlsbad, NM 88220
Condolences may be expressed at dentonwood.com

To order memorial trees or send flowers to the family in memory of Hedi A. Stockwell, please visit our flower store.