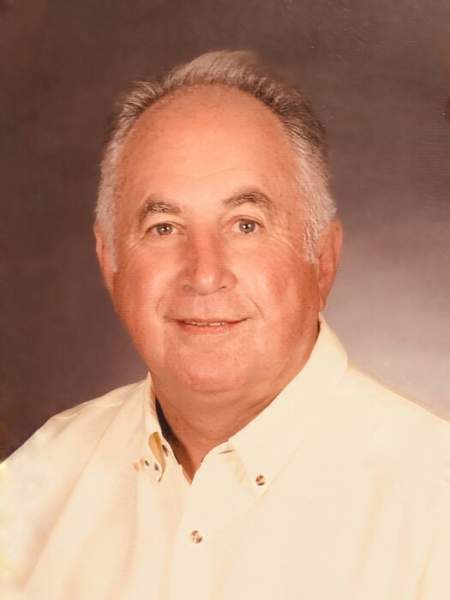 Gary Lowe, 73, of Smedley Road, Carlsbad, New Mexico, passed away on Tuesday, January 19, 2021 at his home surrounded by his family. Visitation is scheduled from 2:00 PM-5:00 PM, on Sunday, January 24, 2021 at Denton-Wood Funeral Home Chapel. Visitation will be limited to 5 people in the chapel at a time and facial coverings will be required at both visitation and the service. The funeral services will be held at 11:00 AM, Monday, January 25, 2021 at the First Baptist Church in Carlsbad, with Pastor Bob Bacon and Pastor Howell Scott officiating. The seating will be limited; however, the worship center is large enough to accommodate family and friends per covid-safe practices. The services will be live-streamed at First Baptist Church Facebook page. Interment will follow at the Carlsbad Cemetery, Carlsbad, New Mexico. Denton-Wood Funeral Home is in charge of the arrangements. Gary Lowe was born September 3, 1947 in Carlsbad, New Mexico to Thomas Edward Lowe and Mary Ann Johnson. He graduated from Carlsbad High School in 1966. Gary attended Eastern New Mexico University in Portales. He married Judy Wright on May 17, 1969 at First Baptist Church in Carlsbad. Gary worked for US Potash and IMCC for several years. Then in 1975, he went to work for Llano Inc. After 17 years of dedicated service, he retired. Gary was always a hard-working man with a deep desire to provide for his family. Above all, Gary was a man of God. He was a member of the First Baptist Church in Carlsbad his entire life. He was proud of his church and his faith was unwavering. Through the trials in his life, Gary was always able to find strength through his Lord and Savior. Gary cherished his family and was so proud of his sons and their achievements. Judy was the light of his life. They were married for 52 wonderful years. They went through life hand in hand and shared a very special relationship. His grandchildren had a very special place in his heart. Time spent with them always made him smile. Dalton, his oldest grandson, gave him the name Andan and it stuck. Gary was a great outdoorsmen; he developed a love for hunting and fishing when he was a young man. Hunting and fishing with his sons was a big part of his life. He was always up for a hunt whether he was quail hunting with his dogs, or high on a ridge hunting elk. When springtime rolled around he could be found at the lake crappie fishing, or down at the river setting trotlines catching catfish with his sons and grandsons. He always had everybody wondering where he fished because his stringer was always full. He also enjoyed sports and was dedicated to the youth in Carlsbad. He managed many baseball teams, and had a hat completely filled with pennants. Shorthorn little league was very special to him. Three generations of Lowes wore Shorthorn green and brought home 3 state championships through the years. Outside of Little League play, he was a Cavemen. He was the president of the Cavemen Football Booster Club in 1990, a position he was always very proud of. While he loved football, baseball had a very special place in his heart. Gary attended every home game and would travel to the state tournament with the Big Blue in hopes of bringing the championship home. Outside of sports and hobbies, Gary loved to maintain his home and yard. Those who knew him, knew that he kept his yard pristine. For his efforts, he received a special recognition award from the City of Carlsbad. Gary was preceded in death by his grandparents, who raised him John and Johnnie Mae Johnson, parents: Tom Lowe and Mary Ann Johnson; father and mother in-laws: C.H. and Bonnie Wright. Survivors are wife, Judy Lowe; sons, Jason Lowe and Erin and John Lowe; grandchildren, Dalton Lowe, Randall Lowe and wife, Storme, Drew Lowe, Jensly Lowe, Brock Lowe, Justin Lowe, Sydnee Cozart, Samantha Cozart and Wade Cozart; great-granddaughters, Kimber Lowe and Bexlee Lowe; brother, Mike Daniels and wife, Janie; Aunt Baby Wigley and cousins, Kharol Gardner and Bobby Johnson as well as numerous nieces and nephews. Condolences may be expressed at dentonwood.com. Per his wishes, Gary would like any charitable contributions to be made to the Forni, Click, Landreth Cavemen Baseball Scholarship fund. Care of the Carlsbad Foundation 114 S Canyon St. Carlsbad N.M. 88220

To send flowers to the family or plant a tree in memory of Gary Lowe, please visit our floral store.

To order memorial trees or send flowers to the family in memory of Gary Lowe, please visit our flower store.