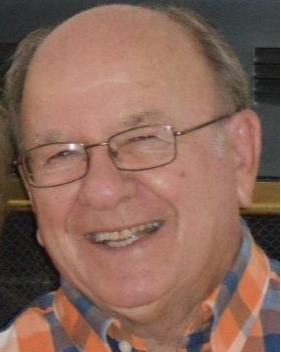 E.V. “Pete” Hester has joined the heavenly choir of angels and is no doubt singing hymns on streets of gold.  Pete passed after a brief battle with cancer on August 5, 2022, at age 86. Born in Pickens County, Alabama on November 27, 1935, to Daniel Webster Hester and Otera Bonner Hester, Pete was the youngest of three children.  After graduating from high school, he enlisted in the U.S. Air Force.  While stationed at Walker Air Force Base in Roswell, New Mexico, he met the love of his life, Helen Van Winkle.  They were married on October 8, 1955.  Together, they made their family home primarily in Carlsbad, New Mexico, where they raised their children, Kim, Bob, Jeff, Phyllis, and Eric.  Pete worked in the transportation industry, and in 1990 he and Helen relocated to Albuquerque, New Mexico.  Much to their surprise, both Pete and Helen embraced Albuquerque, where they made many friends and created a home where family would gather, and where precious memories were made.  Throughout his life, Pete enjoyed fishing trips with family, singing, playing 42 (his favorite domino game, at which he excelled), and travel with family and friends.  After retirement, Pete began more creative pursuits, including writing (allowing him to keep a blog and become a published author) and painting.  He could always be heard singing little ditties as he worked, and that tenor voice will echo in the memories of all who knew him.

Greeting him in eternal rest are his wife of 65 years, Helen, children Phyllis and Jeff, parents D.W. and Otera, and siblings Sam and Gent.

A private family memorial service will be held.   Any memorial contributions may be made to St. Jude’s Children’s Research Hospital.

To order memorial trees or send flowers to the family in memory of E.V. "Pete" Hester, please visit our flower store.