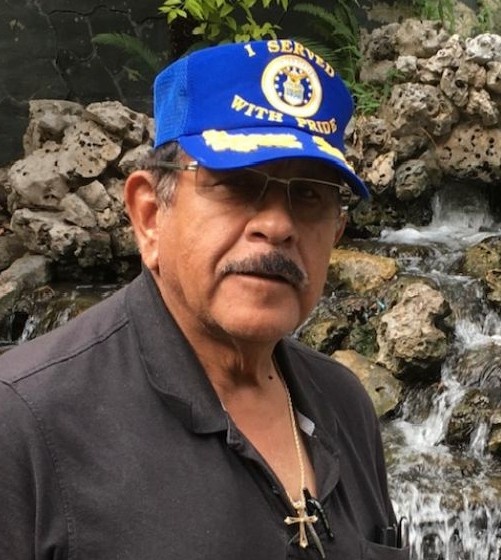 Visitation is scheduled from 5:00 PM to 7:00 PM Wednesday, October 27, 2021, at Denton-Wood Funeral Home. Cremation will follow, and a graveside service is scheduled for 2:00 PM Thursday, October 28, 2021, at the Loving Cemetery with Fr. Hruday Kumar Pasala officiating. Denton-Wood Funeral Home is in charge of arrangements.
Ernest graduated from the Carlsbad High School, and while there sang in the Troubadours Choir. A few years out of school, he enlisted in the U.S. Airforce and honorably served for almost four years until 1970. Ernest worked for many years as a hoistman in the surrounding potash mines around Carlsbad and WIPP until his retirement in 2017. He enjoyed listening to his oldies music, dancing, going to all the family gatherings, and making life long memories with his children and grandchildren. He will be dearly missed and never forgotten.
Ernest was preceded in death by his father, Domingo Granado; mother, Fidela (Valenzuela) Granado; sister, Maria Granado; and nephew Anthony Granado.
Ernest is survived by his daughter, Edith Soto and husband, Alejandro of Ohio; daughter, Suzanna “Susie” Granado of Colorado; son, Ernest C. Granado of Albuquerque, NM; son, Joseph C. Granado of Katy, TX; seven grandchildren; one great grandchild; brother, Adon Granado and wife, Anita of Loving, NM; brother, Oscar Granado of Loving, NM; and several nieces and nephews.

To order memorial trees or send flowers to the family in memory of Ernest "Neto" V. Granado, please visit our flower store.
Send a Sympathy Card