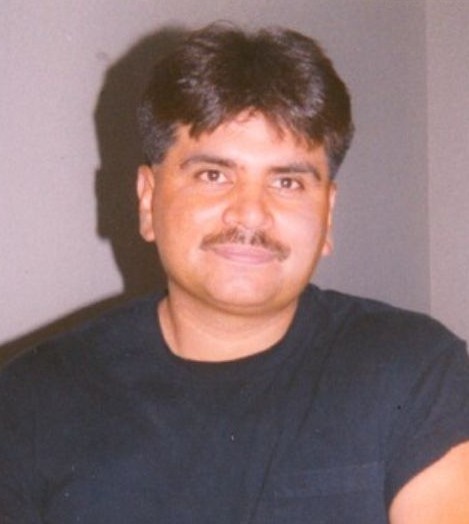 Jeff left this world to be in forever peace with the Lord on Thursday, November 18th, 2021.

Edward Jeffery “Jeff” Trujillo was born in Carlsbad, NM on February 7th, 1962, to Edward “Woody” and Carmen Trujillo. Jeff graduated from Carlsbad High School in 1981. After graduating, Jeff began his career of working at the Living Desert at the age of 17 in a summer youth program. Jeff then worked as a Seasonal Employee for the next five years until he was offered a permanent Park Tech position at the age of 22. Jeff was a loyal employee from the get-go and had a genuine passion for what he did. When describing the day he received this promotion he said “It was a very emotional day for me. Like a dream come true, at last I was where I belonged.” With loyalty to what he did, hard work, and dedication he worked his way up to the positions of Wildlife Culturist, and supervisor.

In 1991, Jeff met Lisa, the love of his life. Their relationship began as friends and grew to true love. It was a surprise that Jeff had been praying for his whole life. Their love was admired by others. Jeff loved Lisa unconditionally, he took her son Derrick under his wing and raised him as his own. He raised Derrick to be a respectful, caring, and hardworking man. His son Derrick wasn’t sure about him at first, but as the years went on, he learned to respect, love, and admire Jeff for the man he was. Derrick was so fortunate to have had Jeff in his life and will always love him for everything he has done for him.

Jeff was a man of unwavering character, being the eldest of his siblings he had to grow up early and become a provider to his family at a young age. He made sure his family was always taken care of. It became natural for him to see the needs of others and genuinely give. Jeff gave from his heart, with compassion. People naturally gravitated towards him because he was a man of good character. Jeff was a natural born mentor to others, including his son, nieces and nephews, and many other family members.

Seeds were planted early in Jeff’s life about the love of Jesus. These seeds were nurtured throughout his life ultimately coming to full fruition when he accepted Jesus Christ as his Lord and Savior. Jeff was a changed man, towards the end of his life God’s unconditional love radiated deeply from within him to others.

To order memorial trees or send flowers to the family in memory of Edward J. "Jeff" Trujillo, please visit our flower store.