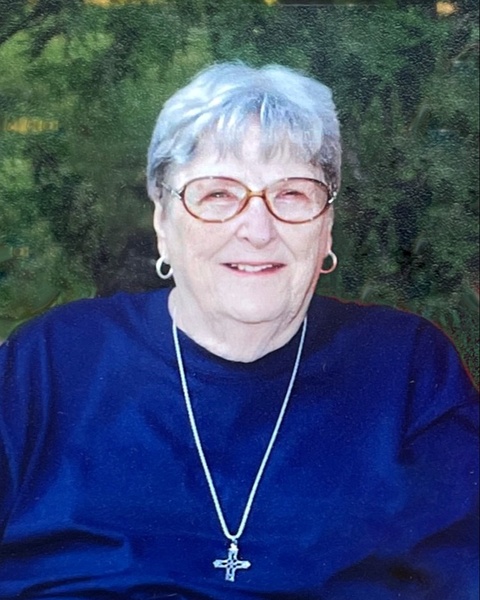 Edith Baker, 96, of Carlsbad, NM passed away on Wednesday, September 14, 2022, at home surrounded by her family. Edith was born on October 14, 1925, in Holliday, TX to Raymond and Councel Calhoun.

Edith grew up in Carlsbad, and graduated from the Carlsbad High School. She then moved to California and worked as an airplane assembler during Would War II. She then returned to Carlsbad, where she met and married Roy Baker on January 20, 1946, in Artesia, NM. They then started their family with three beautiful girls. Edith aspired to be a beautician, so once her kids were grown, she went to beauty college. After graduating, she opened her own beauty shop for four years, and then Roy and she moved to Wyoming for five years before returning to Carlsbad. Throughout her years, Edith was a devoted member of the First United Methodist Church, a leader in all three of her girl’s Blue Bird Camp Fire Troops, and an avid bridge player – she especially loved playing  with her son-in-law Mark. Edith also enjoyed reading, sewing, painting, and all other kinds of crafts. She will be dearly missed and never forgotten.

Cremation has taken place, and there is a memorial service scheduled for 2:00 PM Friday, September 23, 2022, at the First United Methodist Church. The family would like to give a special thanks to her care takers: Shannon Marquez, Denise Cerna, Melissa Melendrez, Crystal Lara, and Cindy Marquez. They gave her such loving care, and made all the difference in her life. They would also like to thank Enhabit Health for their tender care during her final days. Condolences may be expressed online at dentonwood.com

To order memorial trees or send flowers to the family in memory of Edith Baker, please visit our flower store.