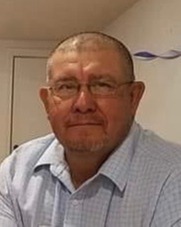 Eddie C. Sing was born on April 28, 1952 in Casas Grande, Chihuahua.  He died peacefully at the place he loved the most, his farm, on December 15, 2022 at the age of 70.  During his school years he played football and wrestled.  After high school, he started work in the mines for many years.  He then pursued his passion in Agriculture.  His hobbies included raising chickens, being a fantasy football star, many farm projects, spending time with his grandchildren and getting together with his brothers.  He was one of the most determined and hard-working men out there.  A wise, smart man who set high expectations and no doubtly, a no-nonsense individual when it came to work. There are not many people that knew him could say that they didn’t learn anything from him.  His joy and happiness came from his roosters, cows and most definitely his farms.

He is survived by his wife Lupe Sing of over 50 years, and his two children; daughter Christina (Carlos) of Carlsbad, NM, and son Eddie Sing, spouse Veronica of Rock Springs, WY.  He has 7 grandchildren Megan, Christopher, Mei-Ling, Carmina, Elena, Amoret and Niviah and 2 great grandchildren Miguel and Nicolas and numerous nieces and nephews.  He was one of six sons including Carlos, Victor, Mike Jr, himself, Freddy, and Roy.  He was preceded in death by his parents, Miguel and Carmen Sing and his brother Carlos.  His memory and love will indefinitely live amongst us all.  He will be greatly missed.

Visitation will be 4:00 PM – 7:00 PM, Monday, December 19, 2022 at Denton-Wood Funeral Home.  A rosary will be recited at 9:30 AM, Tuesday, December 20, 2022 at San Jose Catholic Church followed by Mass of Christian Burial at 10:00 AM with Fr. Juan Carlos Ramirez officiating.  Interment will follow in Carlsbad Cemetery.  Pallbearers will be Freddy Sing, Victor Sing, Mike Sing, Roy Sing, Eddie Sing, Jr. and Christopher Dorado.

To order memorial trees or send flowers to the family in memory of Eddie C. Sing, please visit our flower store.