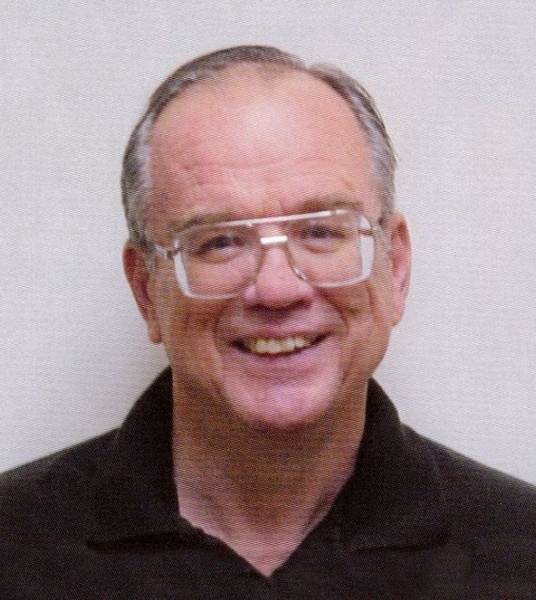 The Right Reverend Dr. Lawrence Richard Krueger, better known as “Larry,” was born the eldest child of Lawrence Owen and Arleta (McCord) Krueger Oct. 18, 1946 in Enid, OK. His childhood was spent in NE Oklahoma as his father served several churches in the area through the years. He graduated from Midwest City High School, Midwest City, OK in 1964.

He met Anita Grace Fuss at Phillips University in Enid, OK. They were married August 19, 1967. Their children, Lee, Amy Grace and Timothy were all born in Enid. Spirituality, prayer, and service were foundational to Larry’s life and ministry. He received a BA from PU in 1968 and his M Div from Phillips Seminary in 1979. Student churches were Elm Flat Christian Church [CC]and Camargo CC in OK, and Conway Springs CC in KS. He was ordained into the Christian Church (Disciples of Christ) at Christ United Methodist Church, Enid, in a very ecumenical service on May 6, 1979. He then served First Christian Church, Nowata, OK.

He then was pastor of St. Paul UMC, Socorro NM and led the Wesley Student Ministry at NM Institute of Mining and Technology. A highlight of his Socorro ministry was officiating at a Prayer Service honoring St. Luke at San Miguel Catholic Church where he blessed the hands of health care personnel, including those of the Jewish physician. He was named “Man of the Year” by Socorro Chamber of Commerce in 1990.

He was Dean of several summer youth camps, and then Dean of Camp Sunshine, a camp for mentally challenged adults, for several years. He was active in the Walk to Emmaus renewal movement and Kairos prison ministry. He received his D Min from the Graduate Theological Foundation in Donaldson, Indiana in 1992. He was active on the Board of Ordained Ministry for the NM UMC Conference. He became a Carmelite Oblate.

He served Bethel UMC in Moriarty, NM, instituting the Stephen Ministry program, and was active in Promise Keepers. He served FUMC, Ft. Stockton, TX, and Crane FUMC and Grandfalls Union Church, also in TX. He became chaplain at Landsun Homes Continuing Care Community, Carlsbad, NM until retirement in 2012. He was called out of retirement to serve Mt. Sinai UMC in Carlsbad.

He loved nature, camping and hiking. His more ambitious hikes, often with Tim or Amy, were in the Gila Wilderness, NM, the Grand Canyon, part of the Appalachian Trail and Zion National Park. He proudly celebrated his 70th birthday by climbing Guadalupe Peak on his pair of titanium knees.

His avocation was woodworking with his first projects being desks for each family member. He felt close to God in his woodshop. Several years he made a chalice & patton set for each ordinand of the NM UMC Conference. He recently took up carving, making spoons and starting to carve birds. He was also interested in quilting and spinning.

In every place he served, Larry was actively involved in the community. He was a member of the Downtown Lions Club, finding the Kids’ Eyesight program especially meaningful, and enjoyed being flag boss, coordination getting the flags out for national holidays.

He was a long-time volunteer with the Carlsbad Transitional Housing and Emergency Shelter [CTHHS]. Before the emergency shelter was built, he took the month of December several years in a row to provide safe and warm sleeping space during freezing nights for CTHHS’ emergency housing program. He was recognized as Carlsbad Volunteer of the Year by the Eddy County United Way in 2015.

Visitation will be 4 PM - 6 PM, Sunday, June 13, 2021 at Denton-Wood Funeral Home. A memorial service will be held at 10:30 AM, Monday, June 14, 2021 at First United Methodist Church with Rev. Buddy Moore, Rev. Stephanie Harmon, Rev. Kim Kinsey and Rev. Ernie Vineyard officiating. Services will be livestreamed and may be viewed by clicking the following link: https://boxcast.tv/view/dr-lawrence-larry-richard-...

In lieu of flowers, donations may be made to CTHHS (see https://www.facebook.com/cbadthhs/ ) or your local transitional housing program.

To order memorial trees or send flowers to the family in memory of Dr. Lawrence Richard Krueger, please visit our flower store.