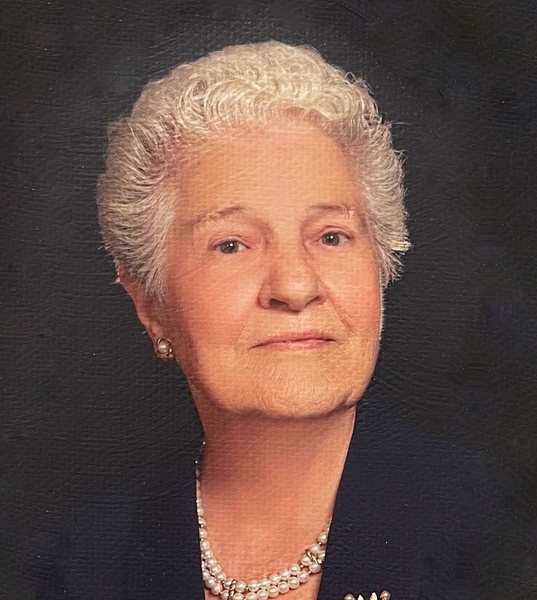 Dove Fugate Glasgow, our beloved Aunt, completed her work on earth on June 9, 2022 at the well-earned age of 94.  The last born child of William Press and Dulcena Clemons Fugate, Dove began her life in Breathitt County Kentucky on October 5, 1927.  She was raised on a farm where she learned the core values she carried throughout her life: Have faith in God, Work hard, Live simply, and Let nothing go to waste.  As a young girl she suffered a near fatal health issue but proved the Fugate tenacity and perseverance by re-learning the most basic needs for living including walking, talking, and eating. After losing her mother in her teens, her father remarried and Dove delighted in helping to birth, name, and tend to each of her half-siblings.  She later married Orville Dunaway and together they left Kentucky for New Mexico where several of her siblings had already relocated.  After settling in New Mexico, Dove worked in a mop making factory, became a master seamstress, cleaned houses, maintained a healthy garden every year, and always found time to bake something.  She never strayed from her humble, hard-working upbringing that taught her to rise early, get her work done, and eat three meals a day…and finish with something sweet.

In 1971 she met and married James Glasgow and together they shared 18 happy years of life before his passing in 1988.  After James’s death, Dove lived alone, fiercely independent, for the next eleven years.  In 1999 Aunt Dove met and married Raymond Ballard but very soon after their marriage he suffered a devastating stroke that necessitated his move to a nursing facility. Dove faced this challenge just as many others by simply living independently and working hard, tending her garden and mowing her own yard as recently as last year.

Although Dove never gave birth to children of her own, she gladly participated in the lives of her many nieces and nephews. Her playful, quirky nature endeared her to children of any age and it was never much of a surprise to see her running and playing in the yard even in her 90’s.  She took every opportunity to play, nurture, teach, and perhaps most memorable to some of us, share her ever-present bounty of home-baked goodies.  Generation after generation of children who walked through Aunt Dove’s door all knew exactly where the candy dish resided and also knew she very likely had cookies, pies, and cakes ready to share.

Dove is survived by her sister-in-law and lifelong friend, Faye Dunaway Fugate; brothers Charles, Robert, Gene, and-sister Phyllis Johnson.  Her first generation surviving local nieces and nephews include Orlena Hadley, Gardner and Lynn Fugate, Kenneth and Betty Fugate, and Deborah and Allen Kilgore in addition to four generations of great nieces and nephews, all of whom she loved and cherished.

The family would like to express our gratitude to the nurses, staff, and volunteers of Lakeview Hospice. Your impeccable care, compassion, love, and of course, cookies brought a smile to our sweet Aunt’s face and filled her final months with love, joy, and peace.

To order memorial trees or send flowers to the family in memory of Dove Fugate Glasgow, please visit our flower store.