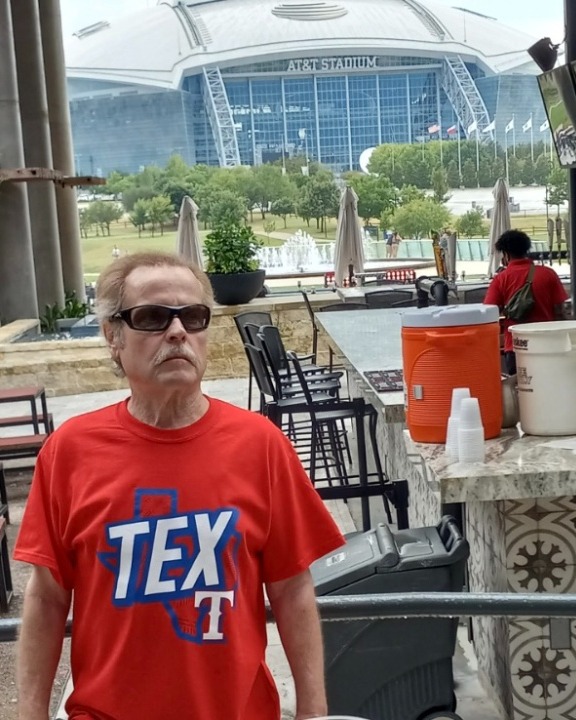 Donald (Donnie) Gene Yielding passed to his heavenly home on December 29, 2022 at Carlsbad Medical Center at the age of 67.  Don was born to Kirby and Undeen Yielding in Carlsbad NM on April 3, 1955 at Saint Francis Hospital.  He graduated from Carlsbad High School in 1973.  He started working at the mines at age 18.  Starting at Kerr-McGee,  then Amax, Mississippi, and Intrepid.  In 2011 he went to work alongside his twin brother Lonnie and wife Christine, who were, owners of Becky's Drive In.  Don was known for his sense of humor that made working with him a fun adventure.
Don had many varied interests.  He was a war buff.  He could tell you anything about the civil war, and both world wars, and he liked battleships and carriers, and war planes as well as visiting air and space museums.  He loved to visit the old Wild West towns and was very knowledgeable about the history found in them.  He also loved vintage cars and attending car shows.  But being a Dallas Cowboy fan was a life long love of his.
Don was preceded in death by his parents, Kirby and Undeen.   He is survived by his twin brother, Lonnie and sister in law, Christine.  His special friend, Carol Collins.  His cousins, Naomi Lallman  and Jeanette Young, who were his spiritual mentors, as well as many other  cousins and friends.
Donnie was of the Baptist faith.  Memorial contributions can be made to Noah's Ark.
A memorial service will be planned at a later date.    Don was loved by family and friends and will be missed and remembered always.

To order memorial trees or send flowers to the family in memory of Donnie Yielding, please visit our flower store.