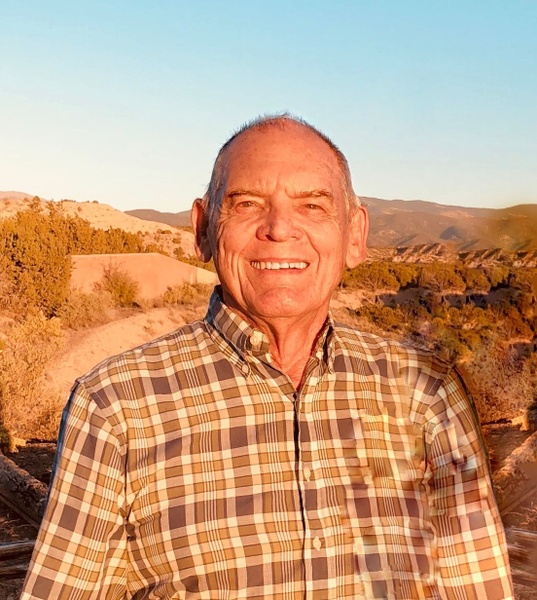 Don Winsor Mullins, 85, of Santa Fe, New Mexico, peacefully slipped from his earthly life into the waiting arms of Jesus Christ on Tuesday, August 3, 2021, at home, with his wife close beside.

Don, the only child of Horace and Allethe Mullins, was born on January 29, 1936, in Snyder, Texas,

Don spent his growing up years in Texas, and graduated in 1954 from Longview High School. Upon graduating from Longview Junior College, Don continued his college education at Georgia Tech, in Atlanta, Georgia, earning his Bachelor’s Degree in Chemical Engineering in 1959. While attending Georgia Tech, Don co-opted with Dow Chemical Texas Division and became a member of ROTC. Upon his graduation in 1959, he married Peggy Burns, of Conyers, Georgia. That same year, Don took a 6 month leave from Dow Chemical to serve in active duty in the U. S. Army. Following that, he remained in the Army Reserves while working for Dow Chemical in Freeport, TX.

In 1965, Don went to work for Dow International. He was transferred to Terneuzen, Netherlands in 1966, and just three months before the family moved overseas, their twin boys, Keith Martin and Kenton Richard, were born. Don finished the project in the Netherlands and the family moved back to Texas and Don continued working for Dow Chemical Texas Division.

In 1973, Don and Joy Lee were married, establishing their first home in Surfside, Texas. After 5 years on the beach, the family moved inland to Lake Jackson, Texas. In 1978, Don became an Associate Process Consultant for Dow Chemical, which he continued doing until his early retirement in 1990. From 1990 to 1994, Don worked for Technology Kinetics International in San Dimas, CA. While in California, he received an invitation to come to New Mexico for an interview with Los Alamos National Laboratory, securing his employment as a technical staff member with LANL. Don enjoyed his work with LANL, working in the beautiful land of enchantment, and making lasting friendships that blessed his life immeasurably. He retired from LANL in 2005.

In the summer of 2011, Don and Joy moved to Kerrville, TX. During this time, they were able to spend precious time with their children, grandchildren, great-grandchildren and extended family living “far and near” in Texas. In 2017, serious health concerns arose, and the decision was made to move back to Santa Fe, NM. Sadly, the prognosis was dire. Don spent his final years enjoying the beautiful mountains, rivers, sunsets, and wonderful vistas of New Mexico.
Don felt like Santa Fe was truly his home on earth.

Over the years, Don and Joy loved traveling and ventured throughout Western Europe and the Middle East. After their travels to Israel in 2003 and 2004, Don went back to school at Trinity Southwest University in Albuquerque, NM, studying toward a Masters Degree in Hebraic Studies.

Don was first and foremost a child of God. He was a generous man and a creative visionist/trailblazer of sorts. Noble of character, he was an adventurer, accomplished guitarist, avid tennis player, billiards champ, black diamond skier, fisherman, scaler of high mountains and backpacking enthusiast.

In the early years, Don and family enjoyed vacations camping in the Sacramento Mountains of NM. Later, he and Joy loaded up their backpacks and trekked into the beautiful Sangre De Christo Mountains / Pecos Wilderness. The mountains were their playground and refuge.

Don loved life and his family. He had a gift for seeing the best in people and appreciating them for who they were. Throughout his many years of adventures, he continuously sought ways to strengthen his faith and relationship with Jesus Christ. His love for God was his firm foundation, giving him the joy and peace of understanding of what was waiting beyond the veil and thankfulness for the hope of heaven and everlasting life with Jesus Christ.

The family would like to thank Dr. Thomas Longley, Giving Home Health Care, and Compassus Hospice for their gracious support.

Cremation has taken place, and services are pending. Final interment will be at South Park Cemetery in Roswell, NM. Denton-Wood Funeral Home is in charge of arrangements.

To order memorial trees or send flowers to the family in memory of Don Winsor Mullins, please visit our flower store.
Send a Sympathy Card