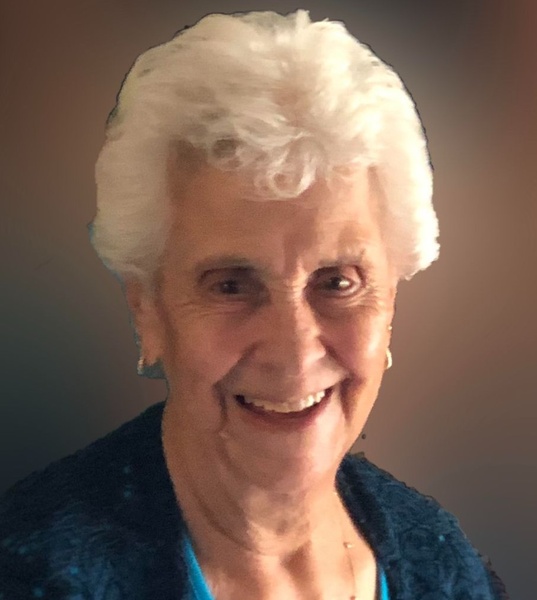 Dominga Ramirez Martinez, 92, of Carlsbad, passed on to be with the Lord peacefully February 21, 2022 at her home surrounded by her loved ones. Visitation will be 5 PM – 7 PM, Monday, February 28, 2022 at Denton-Wood Funeral Home. A rosary will be recited at 9:30 AM, Tuesday, March 1, 2022 at San Jose Catholic Church followed by Mass of Christian Burial at 10:00 AM.  Interment will follow in Carlsbad Cemetery.  A reception will be held following the burial at San Jose Catholic Church Hall.

In June of 1947, Dominga married the love of her life, Lorenzo B. Martinez. Together they raised seven children, and built a relationship that would last 71 years before Lorenzo’s passing in 2018. Dominga spent most of her life as a homemaker, but also worked in the schools, in the cafeterias and as a cross guard.

A devoted member of San Jose Catholic Church, Dominga and Lorenzo were integral in starting the Guadalupano Spanish Choir. She loved to sing at mass every Sunday, and was a member of the Altar Society. She was a prayer warrior and maintained an admirable faith in God even through every trial that she was faced with over the years.

Dominga showed her love to family and friends through the food she cooked. She was known for many dishes, including her green enchiladas and her famous wedding cookies. No visitor ever left her house with an empty stomach.

In addition to cooking, Dominga loved tending to her flowers, taking great pride in them with every bloom. Over the years, she found numerous ways to keep herself busy, from joining local senior citizen dance groups to making arts & crafts with her neighbors. She loved to play dominoes, card games, and most recently, cornhole. She was a diehard LA Dodgers fan and looked forward to watching every season.

Although she had children and grandchildren of her own, her heart fondly took in multiple family members and friends along the way. She had a special way of touching the hearts of every single person she came in contact with. Dominga was known as the family’s clown. She was constantly making everyone laugh and she loved to be the center of attention. She was the light in any room, and found a way to bring smiles even in times of despair.

To order memorial trees or send flowers to the family in memory of Dominga Ramirez Martinez, please visit our flower store.