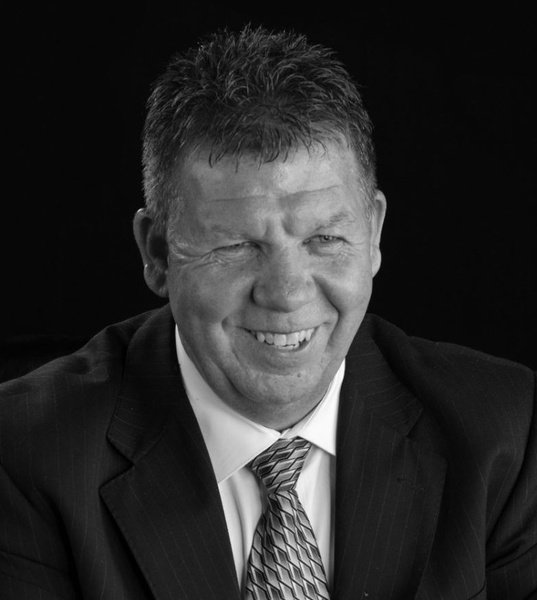 Services will be live-streamed on the First Baptist Church Facebook page.

Charles Soules, 58, of Townsend Road, Carlsbad, NM, passed away January 7, 2022 at his home. Visitation will be 3 PM – 6 PM, Wednesday, January 12, 2021 at Denton-Wood Funeral Home. Funeral services are scheduled for 10 AM, Thursday, January 13, 2022 at First Baptist Church with Pastor Howell Scott and Pastor Gary Stafford officiating. Interment will follow in Carlsbad Cemetery. Denton-Wood Funeral Home is in charge of the arrangements. Charles Soules was born July 10, 1963 in Lovington, New Mexico to Robert and Patricia (Trivett) Soules. He graduated from Carlsbad High School in 1982. Charles served in the US Marines for five years, serving in Japan, Guam and California. While in California, he met Bea Haley and they were married January 9, 1988 in Tustin, California. Charles and Bea moved to Carlsbad in 1989. He worked for M & M Excavating for 7 years. In 1996, Charles and Bea began C & B Recycling, Charles Diesel and later C & B Self Storage. Charles truly had a heart for people. He embraced a broad range of people, often teaching them a trade and providing them employment. Charles never knew a stranger and was an excellent role model. After the passing of Bea, he was blessed in finding the second love of his life, Keri Leigh and they were married in 2018. Charles had a long and active role in the church. He was a member of First Baptist Church where he served as a deacon, Sunday school teacher, Upward basketball coach, choir member and various committees. He loved power sports, anything from 4-wheelers to building dune buggies and especially restoring classic cars. Charles was a member of C.A.R.S. and enjoyed camping and traveling. Charles was preceded in death by his mother, Patricia Soules; wife, Bea Soules; mother, Carlanne Soules.
Survivors are his wife, Keri Soules; son, Brian Soules; stepchildren: Johnathan Rodriguez and wife, Courtney, Christopher Rodriguez and Marissa Valdez, Keelin Riche and husband, Austin, Tianna Pierce and husband, Andrew; father, Bobby Soules; brothers: Robert Soules and wife, Stacy, Richard Soules, David Soules and Larry Soules and wife, Cheryl; 9 grandchildren and numerous nieces and nephews.
Memorial contributions may be made to First Baptist Church, please write in memo: “Bea Soules Music Scholarship”, 112 N. Alameda Street, Carlsbad, NM 88220
Condolences may be expressed at dentonwood.com

To order memorial trees or send flowers to the family in memory of Charles Soules, please visit our flower store.