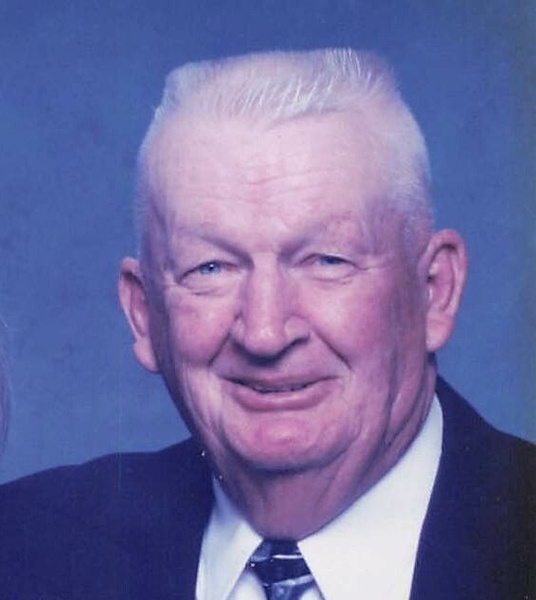 Benjamin Saler was born on September 5, 1923 in Eldora, West Virginia to Benidik and Anna Saler and they called him Benny. He died peacefully May 3, 2022 at his home in Tulsa, Oklahoma.

We were blessed to have him with us for 98 years, 7 months and 28 days. He grew up in and around Fairmont, West Virginia, with three brothers and four sisters. He said he had to eat fast because food would leave his plate if he didn't!

He went to work in the coal mines at age 16 with his father. Mining was very different in the 30s-40s. Ben joined the Navy on July 7, 1942 during World War II. He was assigned to LST 88. a landing craft for personnel and supplies. Most of the time they were in the waters near Australia and New Guinea.

Back in Norfolk and on leave, he went home to Fairmont where he met Jean Barth and they started dating. Leaves were not easy to get so their time together was limited. He called her one evening and asked her to come to Norfolk to get married. She did. They eloped separately together. She got on a train and he waited for her to get to Norfolk. Their wedding on January 27, 1945 was their seventh real date. Benny was honorably discharged on October 12, 1945.

They returned home to Fairmont and he went back to work in the coal mines. They bought their first home a few years later on Brewer Hill, a suburb of Star City next to Morgantown. He was elected to Star City's City Council. While serving he named five streets on Brewer Hill, including the one they lived on, Sherwood Street.

During a layoff September 1958, he was offered a job at the National Potash Mine in Carlsbad, New Mexico. They sold almost everything they owned, obtained driver's licenses, loaded Barbara, Yvonne, Linda and Mike into their first vehicle and headed to the Southwest. Ben and Jean quickly formed close friendships, which he held dear to the end. He worked at National until he retired.

He had his golfing buddies, his coffee buddies who met regularly at McDonald's, his camp buddies all the years building Skyridge and after his retirement becoming the camp caretaker. He made cheesecakes for potlucks and was asked to make several for weddings. He was naturally athletic. He wasn't a master carpenter but he was a good one.

In January 2004, due to Jean's health, they moved to Tulsa, Oklahoma. On November 2, 2006 he moved to his new home, Woodland Terrace where all residents were 55 or older. He loved it immediately and never changed his opinion for the next 15 1/2 years. He loved "helping the old people!" He just loved people and for the most part, they loved him back. eventually winning over the ones who weren't so sure about him in the beginning.

The thing he did most was to make anyone in his presence feel comfortable, valued and respected. You knew he loved you if you were on the receiving end of his jokes and other humorous shenanigans.

To order memorial trees or send flowers to the family in memory of Benjamin “Ben” Saler, please visit our flower store.