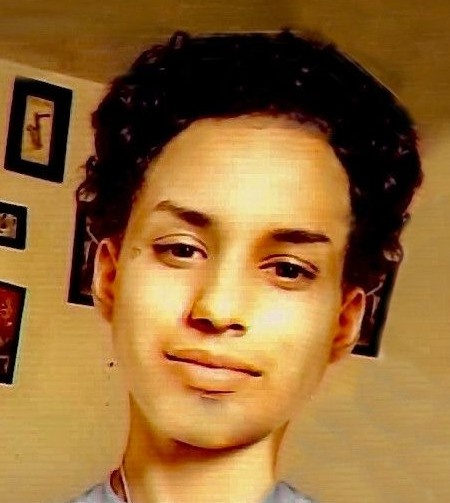 On April 18th, 2021, our beloved Andres Jose Rodriguez left this Earth at the delicate age of Eighteenat UMC Hospital in Lubbock, TX. Andres was born July 15th, 2002 to parents, Benjamin Rodriguez and Carmen Morales, in Albuquerque, New Mexico. His childhood and young adult life were shared between the cities of Albuquerque and Carlsbad. He attended Carlsbad High School and had numerous friends in both cities that he maintained close friendships with. Andres’ loved ones gave him numerous nicknames but everyone mostly referred to him as “Dre”.
Dre indulged in the beauty of music. He loved rapping and dancing which allowed him to express himself freely. His time on Earth was shared with family and friends in various activities such as: playing video games, binge watching tv shows, playing football, and enjoying the love and company of his beloved dog, Remy.
Dre believed everyone deserved respect and love and he carried that everywhere with him. He was respectful, kind, and wanted to put a smile on everyone’s face. Although his life on this Earth was brief, Dre left a profound impact on all who knew him and loved him and he will be greatly missed by all.
Dre is preceded in death by: Jose Moses Rodriguez (great-grandfather), Deloris Lola Melendrez (great-grandmother), Bernadino Rodriguez (grandfather), Yolanda Melendrez (grandmother), and uncles: Theodore Rodriguez, Jermaine Minner, and Anthony (Wizard) Minner.
Dre is survived by: Benjamin “Benzo” Rodriguez(father), Carmen Morales (mother), Veronica Hernandez (step-mother), Priscilla Myers (sister), Guadalupe Rodriguez (great-grandmother), aunts: Nicole Rodriguez, Olga Magee, Margie Mendoza,Destiney Melendrez, and Amanda Rodriguez, and cousins: Kimberly Rodriguez, Bianca Rodriguez, and Alicia Munoz.
Funeral arrangements are being held by Denton Wood Funeral Home. Viewing hours will be on Wednesday April 28, 2021 between the hours of 5PM-7PM at Denton Wood Funeral Home 1001 N. Canal St. Carlsbad, NM 88220. The rosary will be held on at San Jose Catholic Church on 1002 De Baca St. Carlsbad, NM 88220 on Thursday April 29, 2021, at 9:30AM, followed by the funeral services at 10AM.

To order memorial trees or send flowers to the family in memory of Andres Rodriguez, please visit our flower store.